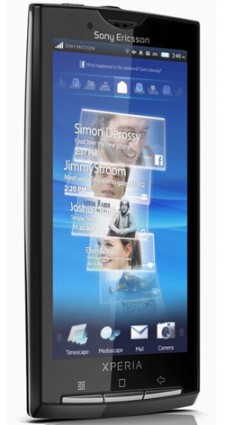 Due to hardware related issues, it looks like the Xperia X10 will never get its multi-touch on. AndroidAndMe ran a story on this a day or two ago, and now it seems like it has been confirmed.

Not only does the hardware of the X10 set a limitation to multi-touch, so does the software. The X10 is running on Android 1.6, which does not have the APIs to support such functions. Sony Ericsson has said previously that the device will be receiving the 2.1 update. Android 2.1 includes the needed APIs to support multi-touch, but with hardware limitations in place, then there may not even be a hack to enable this functionality.

I had a chance to play with the X10,  X10 Mini and X10 Mini Pro, and all we very sleek. The X10 seemed a bit sluggish at times, but it was overall a very nice experience. The Minis were a pleasure to handle, but are too small for my own taste. I would expect something like the X10 Minis to lack multi-touch functionality, but it’s really odd how Sony Ericsson didn’t think ahead enough to have at least compatible hardware for this implementation later on. Then again, if they had no intentions in adding multi-touch in their own software, they probably weren’t too worried about making sure it’s compatible with something like multi-touch in the first place.

The guys over at AndroidAndMe reached out to a Sony Ericsson spokesperson, and received a short and simple reply.

“It is correct that the X10 will not support multi-touch. However with the X10’s signature applications, the X10 offers an excellent user experience.”

So there it is. Multi-touch is a no-go on the X10. But the user experience is quite nice on the X10, completely different from any other Android skin out there. It just might not need multi-touch. Hell, a lot of Android users still don’t have the multi-touch option available to them yet. Personally, I’m pleased with the option on my Nexus One, but I can’t say I even use it too often. Double tapping not only zooms in fine, it adjusts the text to your current zoom level flawlessly, for the most part. So what do you say, would you not by this device (knowing that the device will be upgraded to a software version that supports multi-touch) because it lacked this functionality?