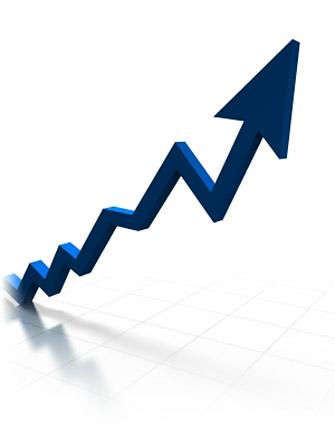 With the smartphone movement heating up and consumers looking more and more towards handsets that can keep them connected to the web and all its many wonders, mobile data traffic is becoming a big money maker for wireless carriers. So much so that 2009 was the first year that mobile data traffic surpassed voice traffic. Thanks to data-hungry devices like the iPhone and Android phones like the Droid and Nexus One, carriers are seeing more and more of their network capacity dedicated to bits and bytes.

As market penetration for mobile voice services nears saturation, consumers are increasingly using their mobile phones to browse the web, check email and even make VoIP phone calls. After years of rampant growth in mobile data usage, 2009 proved to be the first year when mobile phone users around the planet used their handsets more for mobile data than for voice services. Globally, mobile data traffic exceeded an Exabyte (1 Billion Gigabytes – that’s beeellion!) in aggregate. In fact, according to telecom consultant Chetan Sharma, the trend has North America and Western Europe both moving more than an Exabyte of mobile data in their respective markets for 2010.

So, with data becoming a bigger and bigger money maker, we have to wonder when carriers will come to terms with the fact that they’re increasingly becoming little more than wireless ISP (dumb-pipes, if you will) that are only there to push data to mobile devices. Controlling content is a thing of the past, as is the traditional voice market. In a few years’ time, your voice call will be treated as a data transmission as if you were sending an email from your phone. The only question is – how will carriers adapt their business model to accommodate the data revolution?

Research In Motion reported their fourth quarter and had mostly good things to say about the fiscal year.  Since last...