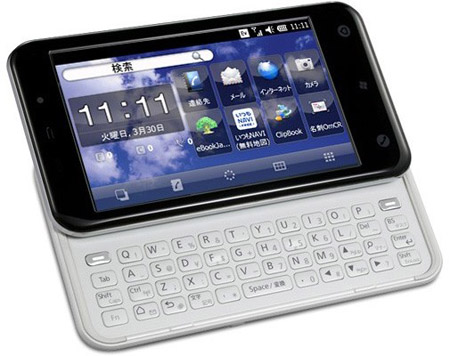 Toshiba K01, which we’ve seen getting an FCC approval few days ago, is heading to Japan. KDDI is picking up the device with plans to introduce it in June of this year as the Toshiba IS02.

As you probably already know, the K01 is probably the single most desirable upcoming Windows Mobile smartphone on the planet with features that include a large 4.1-inch WVGA capacitive touchscreen that’s couple with full side-sliding QWERTY keyboard. In addition, there’s Qualcomm’s powerful 1GHz Snapdragon CPU that should provide enough power for every application. Moreover, HSPA and WiFi connectivity options make sure your Internet appetites are satisfied, like all the time.

As I said before – I want one and I’ve contacted Toshiba for a review unit. Unfortunately, they still don’t have a single unit that’s ready for the prime time, but I’ll make sure to contact them again as soon as the K01 is released… Have no doubts about it. 😉