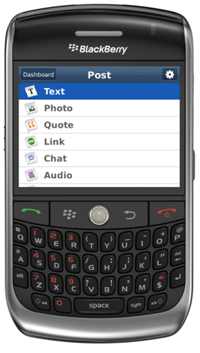 My bud Bla1ze over at CB noticed this one, and as he correctly points out, it would be nice if the Tumblr app checked for updates upon startup… but that’s another ball of wax. The point here is that Tumblr for BlackBerry has been updated to version 1.0.1. The app that connects you to ‘the easiest way to blog’ has integrated the following features and fixes:

Hulu, CBS, Netflix should be coming to iPad

If you thought the lack of Flash and Silverlight would hamper the iPad as a media device, you were wrong...