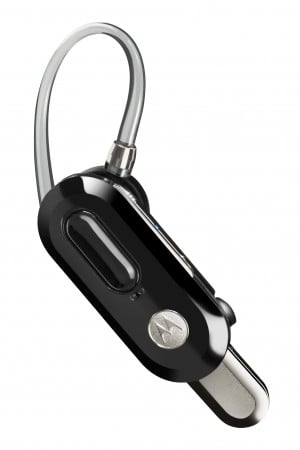 Motorola has announced a new Bluetooth headset called the H17txt, which has text-to-speech capabilities built in. The MotoSpeak system basically reads your texts messages to you when the headset is turned on, saving you from fiddling with your phone while, say, driving, but in order to work, you need to install a device-side application, which is currently available in the Android Market, and will work with BlackBerrys with OS 4.5 and up. The H17 txt will also read out turn-by-turn directions, and include battery level prompts and mute notifications. That little silver bit at the end flips shut and closed to start and end calls, which I have trouble imagining working especially well… Does that mean to start a call, I have to wedge my finger between my face and the headset to pop it out? Sounds awkward. As far as battery life goes, you’ll get 7 days standby or 5 hours of talk time, and it weighs a scant 9 G.

MotoSpeak sounds like a cool idea – it’ll be interesting to see Motorola include it in future Bluetooth headsets, and maybe even expand its capabilities to reading e-mails. You can pick up an H17txt from Verizon stores or online, but no mention of pricing. You can find more specs and pictures over at Motorola.