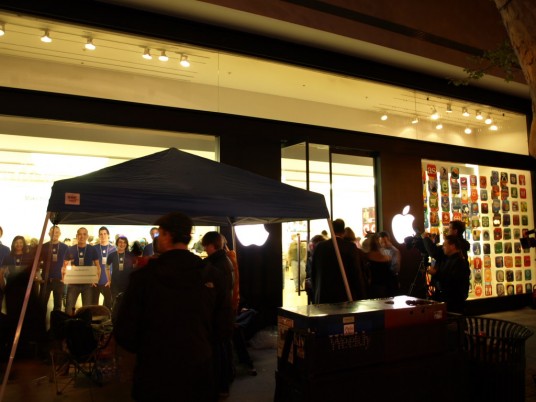 What, you think lining up for headlining gadget launches is beyond us? Well, think again. We’re just as excited to get our hands on the Apple iPad as anyone else, and we’re even more excited to see what kind of crowds the iPad launch will draw tomorrow. We already have our iPad pre-ordered for delivery tomorrow, but that’s not going to stop us from lining up in front of the Palo Alto Apple Store on University Ave. in Palo Alto, CA. tonight!

We’ll be streaming video and posting pics of the action going down at our local Apple store, so make sure to keep checking back on the IntoMobile front page to get in on the action. If you’re local, come on down and kick it sidewalk-camping style with the IntoMobile team.

The festivities will kick off in a few hours. Hope to see you online! 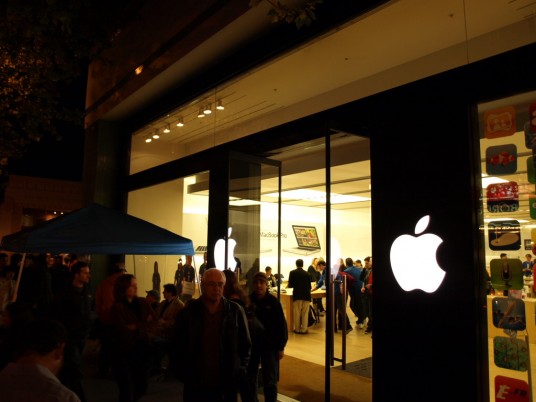 4/3/2010 @ 1:04am
There are still a good amount of people around here. It’s a Friday night in downtown Palo Alto, so there are bound to be people out and about. Still waiting on a rumored BBQ to break out. 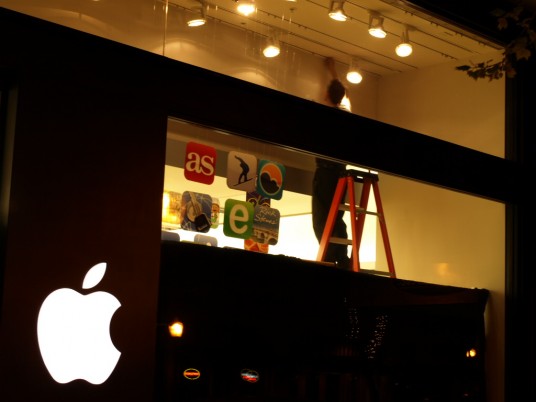 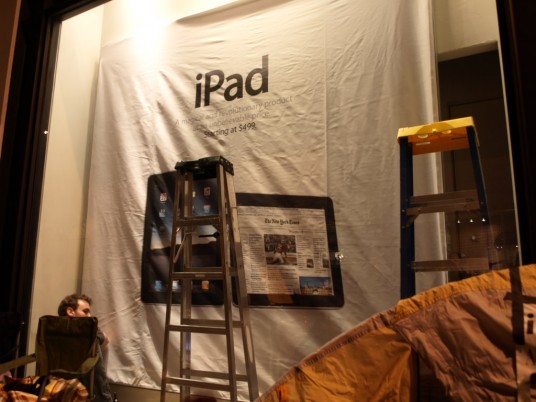 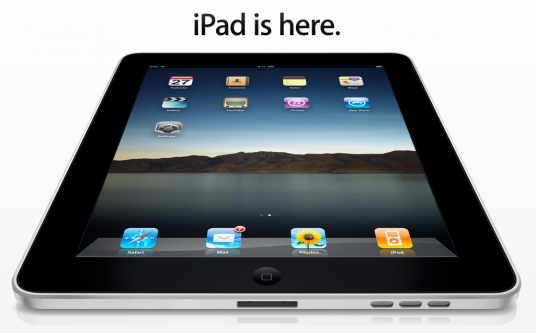 4/3/2010 @ 8:06am
We’re just about an hour away from getting the iPad in our hands. The line is disintegrating towards the front, but that’s mostly because people already know their position in line. We’re excited! Line is growing. Stay tuned, we’re going to stream all the way through the purchase process. 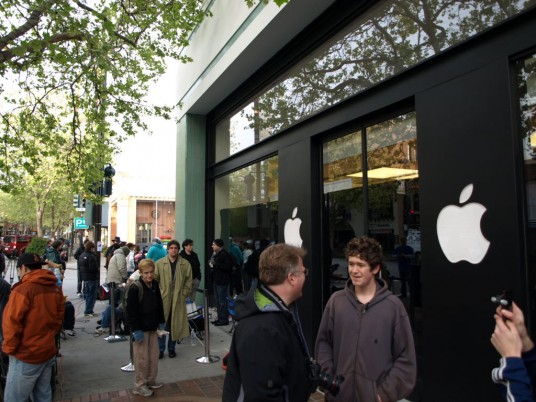 4/3/2010 @ 4:41pm
Thanks for joining us on our livecast of the Apple iPad launch day festivities. Good times were had by all. We were live streaming for 16 hours straight with less than five minutes total downtime – that’s gotta be a record of some sort! We’ll be bringing you more iPad coverage as soon as we’re fully recovered. Stay tuned! 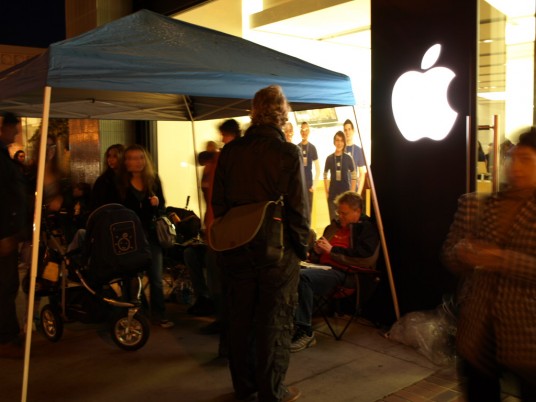 We just got our tired out bodies home from an overnight stint at the Palo Alto Apple Store, and we've...