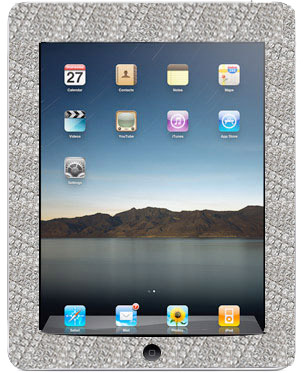 The iPad is available directly from Apple for a base price of $499. The entry fee buys you a 16GB model with WiFi-only data connectivity. But, that’s only going to be an option for those of us in the US – the iPad is initially a US-only device. What do you do if you’re overseas? Well, you hit up eBay, of course. But, be warned, the Apple tablet is selling for as much as $5,000 USD on the infamous auction website, making the iPad more expensive than two decently optioned MacBook Pros. No, we didn’t mistakenly add an extra “0” to the end of that price. There really are listings on eBay asking for five-large for a sealed Apple iPad!

Given that 80% of iPad purchases through eBay are going to international buyers (those outside US borders), it makes sense that the tablet is commanding a premium price tag. The average selling price of $777 sounds about right for iPad hopefuls who just can’t wait for Apple to launch the device in other countries. But, there seems to be a market for fully loaded models sporting prices that would make your jaw drop.

There’s the case of the person that bought a $5,000 iPad. Another British buyer bought one for $5,500. That’s a lot of dough for a device that’s expected to launch overseas in a little over two weeks from now. But hey, far be it for us to criticize the way people spend their disposable income. For people in this boat, may we suggest a diamond-encrusted iPad? We hear it’s totally worth it.

Skype comes to iPad, sort of

You can use the Skype application on your iPad to make calls but don't get your hopes up for a...