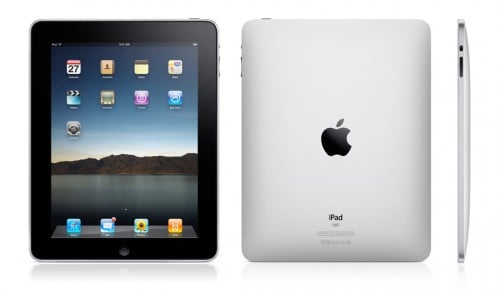 While some of you may be just fine using your brand new iPad for when you’re sitting on the couch or what have you, a couple of guys are taking it a step further and installing it on the dashboard of their car.

The video is only part one, which is taking the car’s dashboard apart and cutting, and shaping it for the iPad to be properly placed on the front of the dashboard. They also moved around some buttons on the car for the volume, bass, and treble controller. When it’s all said and done, the iPad will be connected to a digital to analog converter, and through to an appropriate, McIntosh 6 channel amp. Wiring, and connecting the amp, and speakers will be shown in the second video I assume, but nonetheless, this is definitely something to check out.

So what do you guys think? Would you do this with your iPad?It looks like they glued the iPad right into the dash, making it so it won’t pop out of the dash if you hit a bump,  but wouldn’t you want it to be detachable? In case your just that well off that you’ve bought one for you car, one for your living room, and one for the can (which I hear is not as enjoyable as one might think), then maybe you want to  stay away from this for the time being. This certainly makes me wish I had a car in San Francisco. Oh and that whole pesky license thing.

Leave your comments down below. Would you even fathom doing this, or would you rather just have your iPad in your car, not glued to the dashboard. It seems kind of crazy to do, but damn it looks good, don’t it?

Check out this bitchin video below. Hopefully we’ll see the next video soon!