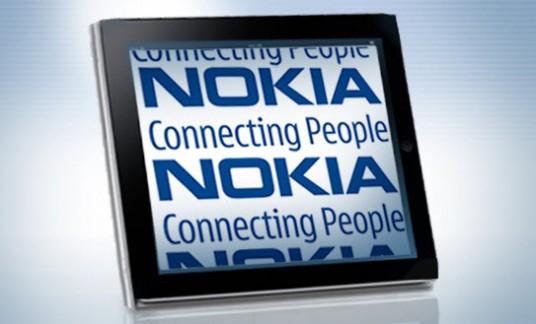 Before Apple blitzed the world with its iPad, burning the notion of tablet computing into the mind of mainstream consumers, there was another company making tablet computers powered by lightweight and battery-friendly mobile operating system. Those tablets came from Nokia, and they largely failed to capture any significant market- or mind-share outside hardcore Nokia enthusiast circles. Nokia’s latest tablet-turned-smartphone Nokia N900 illustrates that stark reality – you’ve probably never heard of the N900, and that’s the problem. But, with Apple heating up the tablet space, Nokia may want a slice of the touchscreen slate-style computing market. New Rumors have Nokia preparing and iPad-fighting tablet due for launch later this year.

Nokia has experience with tablet and lightweight computing. In addition to the Maemo/Meego-powered Nokia N900, the company already has the Nokia Booklet 3G on market as one of the sleekest netbooks available today. Sadly, like the Nokia Internet Tablet devices before it, the Booklet 3G never quite caught on. Now, Rodman Renshaw analyst Ashok Kumar claims that Nokia is working with suppliers and manufacturers on some sort of touchscreen tablet device that’s slated for release in Fall 2010.

With Nokia’s smartphone market eroding in the face of harsh pressure from the likes of Apple and BlackBerry-maker RIM, Nokia could be looking to cash in on an emerging market – the tablet market. Kumar posits that “I feel [Nokia] have to do this, or risk falling behind in the [tablet] category. And, with the back-to-school shopping season looming, Nokia would do well to get a more affordable – and possibly more powerful – tablet on market and aim it at students. Educational institutions are already starting to embrace tablet tech, which is a possible boon for Nokia.

If true, the Nokia tablet will run either the Meego operating system or Windows 7. The Booklet 3G runs Windows 7, so Nokia already knows how to play nice with Microsoft. But, seeing as how the tablet will need intuitive touchscreen controls, it’s more likely that we’ll be seeing the touch-based Meego platform powering the Nokia tablet.