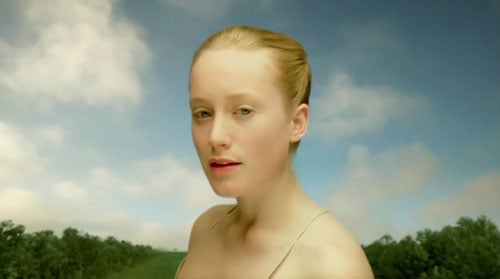 You know those creepy Palm Pre ads? The ones with the girl talking in the monotone voice? Yeah, sure you do. I’m sure as soon as you laid eyes on the picture above you knew exactly where I was going. Well, to get to the point, it looks like the creators of the above ad campaign are going to be having a rough go of it over the next little while. Palm has decided to split with the ad agency Modernista, the creators of said creepiness.

For Modernista, this is just another kick in the pants/sign of the times. Late last year they lost what was their biggest client, General Motors. Since then they’ve had to cut staff and close their Amsterdam office. Not cool. That said, there’s no doubting they’re a talented bunch, so lets hope things pick back up and they can creep us out with more eerily strange ads in the near future.

For Palm, I suspect the decision was based on getting absolute bang for the buck. Times are tight/critical at Palm these days, and creating an ad campaign that does more selling than ‘creeping out’ potential customers is probably a good idea. Palm is said to be in talks with other agencies for future ad campaigns. Should be cool to see who they land with, and what they churn out.

Here's an interesting little tidbit that leaked yesterday over at BGR. If you're a Sprint BlackBerry user, this one is...