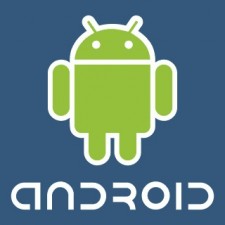 Holy shit. ReadWriteWeb is reporting that the Android Market saw 9,300 new applications and games in March alone, giving it a total of 27,243 apps in all. While that may be nowhere near the likes of Apple’s App Store,  Google’s OS is now positioned to see continued gains like this month after month.

With new devices like the HTC Evo 4G, Samsung Galaxy S, and many other Android phones coming to market with very impressive and high-end spec sheets, the little green robot-bearing OS has definitely caught the attention of developers. Recent reports indicate higher developer interest in the iPhone and Android, than interest in the iPad, so it looks like not all developers are looking to move to the very small tablet market as of yet.  That may change as many more tablets come out this year, of which most will be running Android.

I don’t want to end up eating my own words, but I believe it’s safe to say that the month of April will see either close to, or over 10,000 new applications in the Market.

So, I pass the question to you. Is this just a lucky month? Or do you see this kind of volume only increasing when it comes to new Android applications coming in every Month?

Bad news BlackBerry fans, the neato browser Skyfire said it is pausing its work on Research In Motion's platform in...