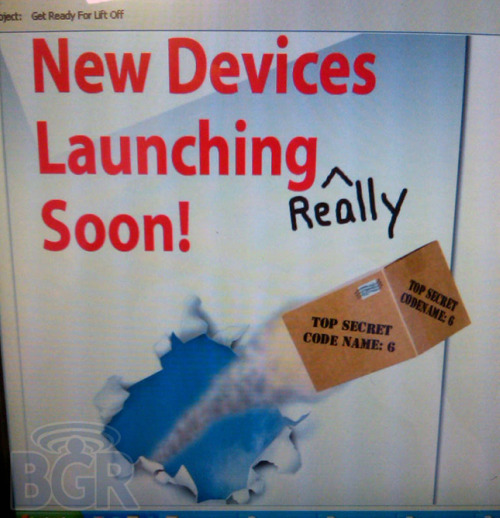 Start salivating Verizon Wireless subscribers because Big Red should have some stellar new handsets out soon, according to a leaked internal message obtained by the Boy Genius Report.

What will it be? I’d bet dollars to doughnuts we’ll see the HTC Incredible get all official. This beauty is expected to rock Android 2.1 with Sense UI, have a large AMOLED screen, a 1 GHz Snapdragon processor, and all the goodness you expect from a high-end device.

It does say “devices,” so this could also tie in with Microsoft’s announcement next week about the Pink phones. These quasi-smartphones are expected to be the follow-ups to the Sidekick lineup, feature strong social networking integration and will probably use the Zune software to sync. Good times.