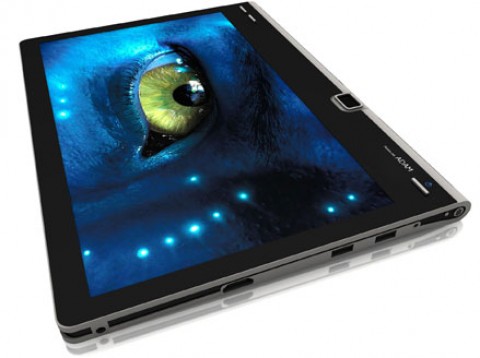 The Notion Ink’s Adam is one of the most functional and high-spec’d tablets that is supposed to hit shelves this June. Word has it, though, that it may be delayed until Flash will be completely functional on the upcoming tablet.

Last week, there were rumors that the Adam, as well as a couple of ICD tablets would be delayed due to serious issues with Nvidia’s Tegra 2 graphics processing unit. While that is now considered to be an April Fool’s joke, the delay this time seems to be less so. The Adam is capable of spitting out 1080p HD video, yet it can’t run Flash all that well. That’s disappointing. Now, Flash isn’t going anywhere anytime soon, as more and more people are looking forward to the adoption of HTML5, but Adobe needs to get on the ball. Or, well, maybe have made a product that works as it’s supposed to across any screen, as their recent video states.

One of the great appeals to the Adam is that it is capable of running Flash. If that’s the hang up, I’d happily wait for it to be ready, as many are waiting on it for their smartphones right now. Flash isn’t the biggest feature of the Adam and the lack of it will not be much of a loss, as long as it gets there someday. With a 10.1-inch Pixel Qi transflective display, a dual-core cortex -A9 processor, Nvidia’s Tegra 2, a 180-degree swivel camera, HDMI and USB ports, the Adam  has a lot going on for itself, and Adobe should not be holding it back.

A post on Notion Ink’s blog explains some of the details behind the rumors of possible delays:

“So, are the stories of product delays true? To be frank, I can’t say about other companies. But we want to go ahead only with Flash availability. As soon as the stable Flash is there, there will be two months of testing and we will hit the stores. Also to remember here is the marketing strategies of our partners aka Telecom Firms. It depends a lot on them when they want to hit the markets. We have seen different strategies for different players. Some want to give you Adam for Thanksgiving, some for summer holidays, some when you start a new year at your schools. So, it depends.”

So it looks like Notion Ink is not willing to move forward without Flash working seamlessly. Though it may be good for the final product, they are delaying a great product for people who didn’t want the iPad. There are many other tablets that will be released this year, but the Adam is on the very top of my list, and I’d take it without Flash for the time being if  that meant I could get it in my hands sooner.

[Via: UberGizmo, quote from: NotionInkBlog]