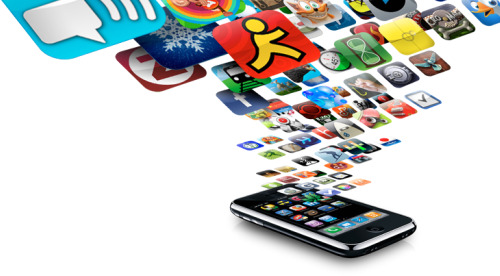 You’ve heard what we’ve had to say about iPhone 4.0 but I know you’re curious about what the developers and app makers think.

Among the more than 1,500 new applications programming interfaces is the much-vaunted multitasking. Well, one of the biggest beneficiaries of third-party multitasking will be the location-based service providers like Loopt, Foursquare, and Gowalla. These companies are understandably happy with iPhone 4.0 and Loopt, in particular, is over the moon because its iPhone version was significantly behind the versions for other platforms due to its limited nature.

“We’re really excited about the Apple OS 4.0 announcements today,” Loopt said on its blog. “This will mean that we can bring the full Loopt experience to our iPhone users so you know what’s going on around you right now, where your friends are, and what they’re doing without having to even launch the app.”

“One of the current constraints of LBS services on the iPhone has been the lack of run-in-background functionality for applications using their location API,” said CEO Alistair Goodman, in an e-mail. “Today’s announcement indicates that they will continue to foster the ecosystem of creating relevant LBS services.”

But not everything is sunshine and kitties for developers because it appears Apple has given with one hand and taken stuff away with the other. The terms of service for 4.0 now bans non-native developers. So what? Well, this gives the middle finger to Adobe and its Flash compiler, as well as screws over companies offering code-translation services.

Joe Hewitt, the developer of the popular original Facebook iPhone app, was not pleased with this development.

“Apple has always banned ‘virtual machine’ languages, presumably for performance reasons, which was understandable,” he told Business Insider. “However, there are an increasing number of cross-compilers that allow translating from one language to Objective-C, which allows performance to still be very good while allowing developers to use a language they prefer to Objective-C. Apple is now banning those as well, which means developers who don’t enjoy working in Objective-C have no choice if they want to write a native iPhone app.”

Foursquare Cracking Down on Couch Potatoes

Those who are taking part in the new, slightly-insipid location-based social network/game called Foursquare on iPhone, BlackBerry, Android, or webOS...