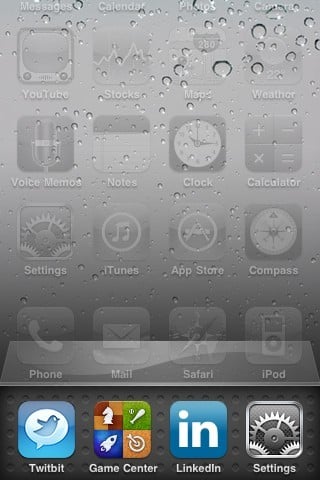 Cheers for iPhone OS 4.0 and its ability to multitask third party iPhone apps! But, what good is Apple’s iPhone multitasking announcement with a demo video to show off? Well, the video you see here does just that!

Apple took their sweet time to push multitasking functionality to the iPhone, but managed to finally bring the feature to market with an incredibly polished and simple UI. With apps running in the background, all you have to do is double-click on the home button to pull up the multitask tray. In this tray you’ll see icons for all the apps you currently have active. A simple swipe of the finger slides the icons across the screen, allowing you to pick which app you’d like to jump to next.

And, in true Apple style, the multitasking feature doesn’t come with any task manager. That means you won’t be able to forcibly close an app on your own – it’s up to Apple and your iPhone to determine when to kill an app. That’s a bit of a downside, but it does ensure that the iPhone continues to be simple to use the homescreen remains uncluttered.

Still, we’d like to be able to kill apps at our discretion. At least the multitask dock looks slick!

Now that some of the smoke has cleared about the iPhone 4.0 unveiling, we thought it would be fun to...