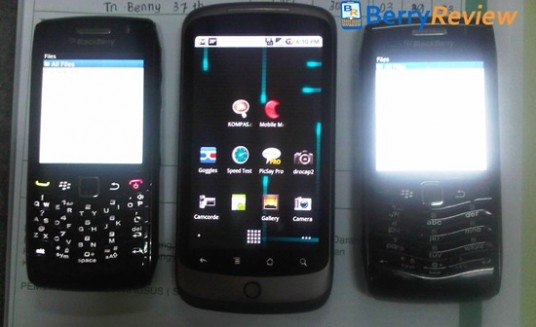 A render of the upcoming BlackBerry Pearl 9105 had popped up the other day, introducing the possibility of a BlackBerry that eschews both a full QWERTY keypad as well as the predictive SureType format that Pearls have been using for so long. Here we can see both versions of the new Pearl, 9100 on the left, 9105 on the right, both with trackpads.