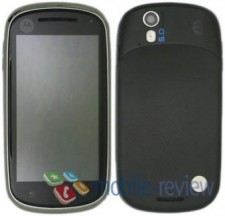 Motorola’s MOTOROI has been the go-to Android device in Korea, but Motorola is prepping a lower end phone to hit the shelves soon, the Titanium XT800.

The Titanium will ship in two different variants, the XT800C and XT800W. The ‘C’ version is a CDMA device, while the ‘W’ will be a UMTS capable phone. The XT800 has been available in China, and it’s surely welcomed in South Korea as another choice for customers. This may be a lower end device in some areas, but the XT800 is no chump.

The device features a 3.7 inch (854 x 480) display, 5 megapixel camera with LED flash and a dedicated camera button, an HDMI output (which obviously means it supports HD video output, as well as HD video recording), the same OMAP3430 processor found in the Droid, and runs Android OS 2.0. The XT800 that is available on China Telecom as a dual-SIM device, which makes me wonder if the Korean versions will be dual-SIM as well. Me thinks not, seeing as how there are two specific devices supporting two different network technologies.

A pleasant surprise (for me at least), is that MotoBlur has been left out of the XT800. I’m glad that Motorola decided to keep it clean with this one, as their custom UI looks somewhat cluttered, and may not appeal to everyone looking at the device. MotoBlur is more social-networking focused, and the XT800 looks to be more focused on media. There have been some custom widgets added in, but other than that it looks pretty much like stock Android.

No word on U.S. availability at this point, or if the device is even compatible with the North America unlocked, but if you’re in South Korea, keep an eye out for this baby.

Below is a video displaying China’s version of the device, but the devices are virtually identical.

The Mobile Roundup – All eyes on Apple edition

It's Friday and we're already starting to think about the weekend. But, dear readers, I'll be giving you weekly recaps...