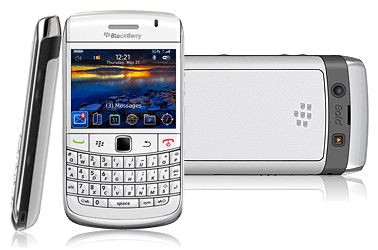 Those still hankering for the white BlackBerry Bold 9700 that has found its way to Thailand and the Netherlands may be able to find one closer to home now that it’s coming to T-Mobile and Vodafone UK. If you happen to be in Canada, there’s word that Rogers up the new colour as well (although it’s not quite as snazzy as Telus’ Team Canada edition). There’s still no sign of an American launch of the white BlackBerry Bold 9700, but it seems to be a likely eventuality. Vodafone is listing the white 9700 as being available for April 20, but there’s still no sign in T-Mobile’s online store.

The Bold is RIM’s flagship device currently, rocking a 3.2 megapixel camera, 2.4″ HVGA display, Wi-Fi, GPS, 3G, and the new signature optical trackpad. If you fancy a closer look, we’ve written up a review.

It looks like Huawei is working on an Android smartphone for Vodafone and the "Joy" or "Vodafone 845" looks to...