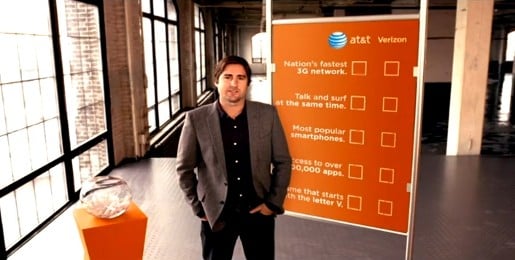 Verizon and AT&T’s ongoing advertising battle, championed by Luke Wilson and a catchy tagline, respectively, is apparently coming to an end.

The ad war didn’t come cheap – Verizon was actually the second-biggest advertiser in the world last year, having spent $2.24 billion on its campaign. The battle between the two U.S. carriers even made it to courts, but was dismissed a couple of months ago. AT&T is moving on to some lovey-dovey “Rethink Possible” marketing campaign, and kicking Luke to the curb, while Verizon goes back to rolling around on its giant pile of money.

Now, AT&T still has a long ways to go to make their network respectable in the eyes of the public, although so long as they keep their iPhone exclusive in a white-knuckled grip, well away from Verizon, they’ll at least be able to survive. Verizon, has a pretty substantial lead over AT&T,  and with the HTC Incredible on the way, that margin will only widen.

If you've been jonesing for the Sony Ericsson Satio, you're in luck because the handset is now available in Sony...