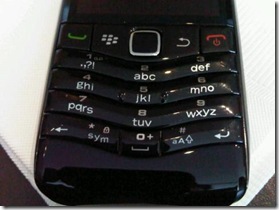 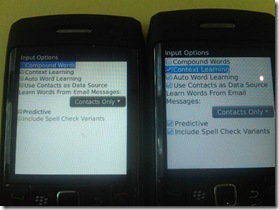 The BlackBerry 9105, a variant of RIM’s next pearl with a traditional numeric keypad, has posed for the camera once more, giving us a nice close look at the keyboard and some of the new input options.

We have an inkling that Telus will be picking up the BlackBerry Pearl 9105, and if it’s getting rolled out to the carriers that are also getting the BlackBerry 9100, then Rogers could very well get the 9105. Still no indication of U.S. carriers, but if we end up seeing a launch at WES next week, we won’t have to wait long to find out who’s offering the 9105.

Is this the first iPhone 4G / HD sighting, or just a Chinese imposter?

If you were to ask us how many times an as-yet-unreleased iPhone has been found sitting on the floor of...