Ask a large crowd of people what they think about the Apple iPhone, and you’ll get answers that stretch the entire width of human emotion. Your mother loves it because it’s the first phone she can actually use without having to call you every other day and ask for help. Your geeky friend who runs Linux on his bespoke computer loathes Apple’s grip on the App Store and argues in favor of the technical superiority of devices running either the Android or Symbian operating systems. Your friend who lost his job in the great recession of 2009 admires the iPhone, but can’t afford it, so instead he got himself something that looks like Apple’s unicorn, but it does none of the cool things an iPhone can do. 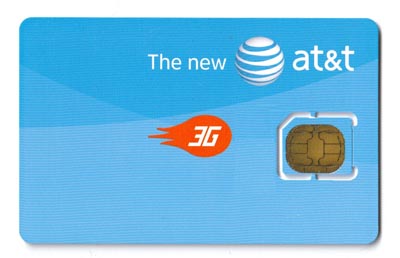 Is microSIM yet another gift that Apple gives the mobile industry?

The first SIM cards to hit the market were the size of credit cards. They measured 85.6 mm × 53.98 mm × 0.76 mm and that was OK since they didn’t go inside your mobile phone. Those SIM cards, SIM stands for subscriber identity module by the way, are meant for credit/debit cards and in some countries they are used for driving licences. The SIM card that you have in your mobile phone right now is a miniSIM card, and it’s 25 mm × 15 mm × 0.76 mm. Small, but still too big to go into devices that need internet connectivity such as a power meter that can talk to the cellular network or other “embedded devices”.

With the new iPhone due to be announced in a little over 2 months, and the brilliant leak scored by Gizmodo, we now know that this next generation iPhone will be the first mobile phone to forgo the use of the miniSIM card and move to microSIM. The microSIM standard was not invented by Apple, it’s the creation of the European Telecommunications Standards Institute, and it’s been a standard since late 2003. What advantages does a microSIM offer?

For one thing, it’s over 50% smaller, measuring only 15 mm × 12 mm × 0.76 mm. Today mobile phones are small enough, but lately we’ve been asking them to do more and more. People don’t call each other anymore, they just browse the net all day. People also want a large screen, and that kills battery. With the use of a microSIM, mobile devices can store a larger battery, and we already see that in the next iPhone which according to the leaked prototype has 16% more capacity. You could also use the newly reclaimed space to fit a larger antenna, because you can never get enough coverage, especially with Europe launching LTE in the 2.6 GHz band. Waves at that frequency are going to have a hard time penetrating your walls. Then there’s also more space to put additional components on a mobile fone’s logic board, such as a dedicated TV tuner, or NFC capability, or something we may not even know will be “must have” in a few years.

With Apple forcing operators around the world who want to offer the next iPhone to start using microSIM, they’ll be a time in the next 1 to 2 years when other mobile phone manufacturers will want to start using microSIM as well. Just like the first Palm Treo used full sized SD cards, then devices that later hit the market used miniSD cards, and now finally most devices on the market today either use microSD cards, or have a large amount of storage bundled inside, can we expect the same thing to happen to mobile phones and SIM cards?

When do you think we’ll see a Nokia, or Samsung, or LG device that takes microSIM cards?

You may soon be able to waste your life playing Farmville on the go, as Adobe is looking for beta...