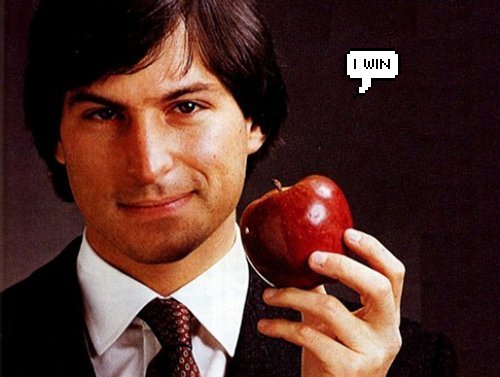 Apple absolutely crushed its second quarter, as the company produced its best non-holiday quarter every with profits of $3.07 billion thanks to the staggering success of the iPhone.

The company sold 8.75 million iPhones in the quarter, a massive 131% increase from the same period a year ago, primarily thanks to increased sales in Asia Pacific, Japan and Europe. The smartphone continues to sell well in the United States but markets like China are looking increasingly tasty for Apple. That’s why I wouldn’t be surprised if those CDMA iPhone rumors we’ve heard about are meant for Chinese networks only.

“We’re thrilled to report our best non-holiday quarter ever, with revenues up 49% and profits up 90%,” said Apple CEO Steve Jobs in a prepared statement. “We’ve launched our revolutionary new iPad and users are loving it, and we have several extraordinary products in the pipeline for this year.”

You can niggle with Jobs’ use of superlatives but he damn sure knows how to make his company some money.

The hits just keep coming too, as the company said in a conference call that is is “shocked” by the demand of the iPad but that tablet may not have the same high-profit margin as some of the other Apple devices because it clocks in at a cheap-for-Apple base price of $500. There were no specific iPad sales figures given but Jobs did say more than 400,000 had been sold at the iPhone OS 4.0 unveiling. The company also sold 2.94 million Mac units and 10.89 million iPod units.

The company didn’t address the hot story of the week: the leaked prototype that is supposedly the next-generation iPhone. Even though we all knew a new iPhone was coming this summer, this much publicity could potentially damage sales next quarter because we’ve all seen what’s to come. I’m sure the final iPhone HD/4G will feature some additional polish than what we’ve seen so far and it will be the same routine: long lines, super duper hype and 1 million units sold in its launch weekend.