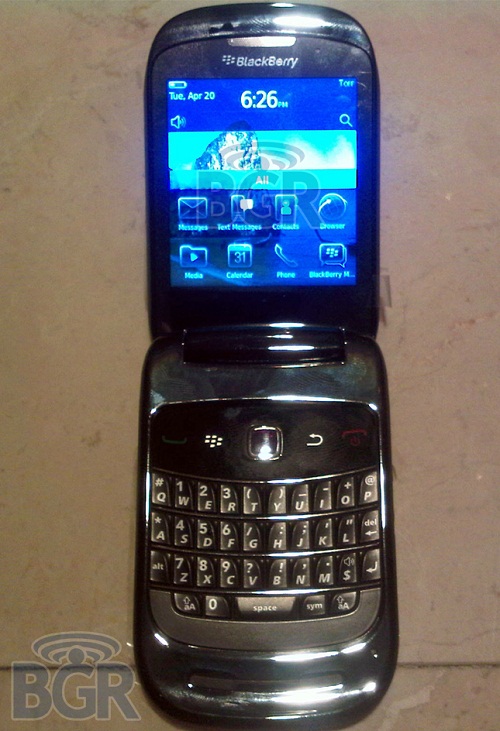 Have to give it to the Boy Genius Report, as it just got a hold of a new BlackBerry that sports a clamshell design with a full keyboard, and it is the first handset expected to rock the new OS 6.0.

The BlackBerry 9670 will reportedly rock a large external display, a 360 x 480 internal screen, trackpad, WiFi, Bluetooth, a full QWERTY keyboard (none of that SureType nonsense), a microSD slot, a microUSB port and it will be the first BlackBerry with a 5-megapixel shooter. It’s a CDMA device, so I’d bet dollars to doughnuts we’ll see it on Verizon Wireless first.

Not sure I’m digging the look of the device yet, but we’ll be at Research In Motion’s WES conference next week where we’re sure to get some hands-on time. Hit the source link for a high-resolution gallery. 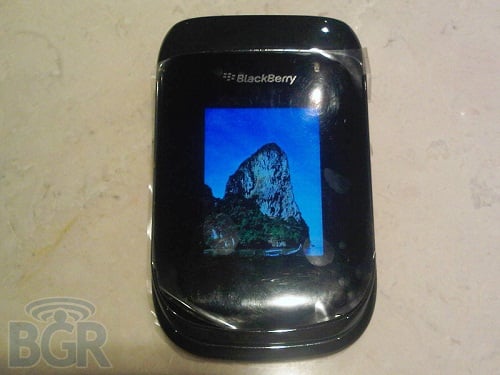 The Foursquare for BlackBerry beta that was opened up a few months ago has been updated to version 1.8.2, including...