Nokia’s Anssi Vanjoki, while delivering a speech in Helsinki, told an audience that camera phones will soon rival professional cameras. Nokia will “revolutionise the market”, and heavy lenses will no longer be needed. All this is expected to happen in the “very near future”. Not very concrete, and loaded with marketing speak if you ask me. 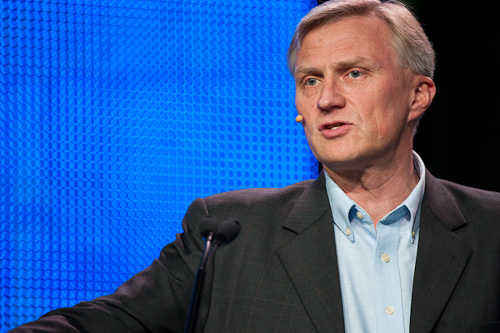 What’s more solid in terms of information is this quote: “It will not take long, less than a year, when phones can record HD quality video and you can transfer it directly to your HD television set.”

You heard it hear folks, by this time next year should should have a mobile phone capable of capturing 720p, maybe even 1080p, video and outputting it to a television, preferably via HDMI. The only 2 handsets on the market that I know that can do that right now are the Samsung i8910, and the Sony Ericsson Vivaz. Both are super expensive, are difficult to find, and quite buggy. There are rumours that the next iPhone will have HD video recording, but we’re not going to be able to confirm that until the end of June.

What about the leaked Nokia N8, will that have HD video recording? We certainly hope so.

OtterBox has just released Commuter cases for the BlackBerry Pearl Flip and the Nokia N900 for $34.95 each, while the LG...