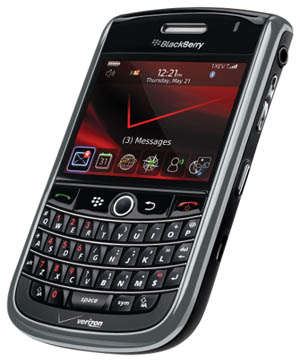 Just a quick BlackBerry OS update here… Well, actually, this is an update of an update! 🙂

Verizon has released and update to the recently released OS 5.0.0.591 for the BlackBerry Tour 9630. Chances are you’ve already received notice (if you’re on a Verizon Tour)… If not, you’ll have to keep waiting as no desktop installation has been released yet. At release, the OS was at platform 4.2.0.272, and after this update you’ll notice the platform moving to 4.2.0.284. Check your wireless update options… if you haven’t noticed that little update icon on your homescreen, I’d be surprised.

If you run the update, be sure to let us know if you notice any marked changes or improvements.

Ford Opens Up Sync Developer Network for Android and BlackBerry

Back at CES, we got a chance to check out what the Ford Sync was doing with smartphone applications, and...