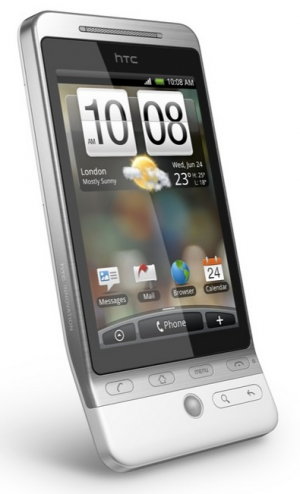 If you are sporting a Sprint-branded HTC Hero, this does not apply to you, although you may not have much longer to wait on your part. Today, Google Navigation was released for the UK and this is where the update information was announced. In June, HTC Hero users will receive an update to prepare the device for Android 2.1, which should follow shortly after.

The Hero has been running on Android 1.5 for a long time now. Too long for my taste. A trip to the XDA forums could fix that right up for you, but now there is a supposed solid date for users to get the update. Hopefully users can hold out for just a little longer, as this delay is just plain irritating. I had the (GSM) Hero for a while, and truly loved the device. I’m one of those who actually loved the chin, as it made the device very distinguished. I thought it was sexy in a geeky way. That and the Sense UI, which is still unrivaled in terms of custom user interfaces for Android.

With recent leaks of Android 2.2 found visiting certain websites, HTC better get on the ball with this one. Who knows how long it will take them to get to 2.2, but only time will tell. So hold tight Hero users, your 2.1 is coming. For the majority of you out there running a Hero with Android 1.5 OS, you can still take pleasure in the fact that your device paved the way for Google’s first shot at revamping the Android OS, and it doesn’t hut that your Hero’s Sense UI looks much nicer than the stock UI.

Android phones get some lovin’ from a Robot!

You like Android? Good! We do too! Electricpig's Robot however, has rather deeper feelings for the Google operating system! Below you...