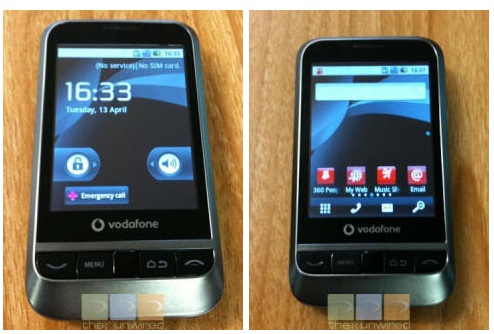 Following up on a post that Marin wrote a week or so ago, the Vodafone 845 (aka the Joy) is a Huawei handset that is due to make an appearance on Vodafone soon. A mid-ranger, none of the specs appear too exciting, at least on the face of things.

However, there are a few pieces of information that could suddenly make this handset very interesting – namely the dimensions! The Unwired thinks that the handset could be the smallest Android device yet, shunting the previous holder (HTC Tattoo) out of top spot! The dimensions are apparently 100 x 55 x 13 mm, which would bring it in as the teeniest Google OS device to-date!

But do we care? Does size matter? Well only you can answer that question, but for sure this baby in the size stakes isn’t going to be packing the largest screen ever, which does somewhat go against the trend we’ve seen with Android devices recently.

Now we've seen some expensive phones in our time, and this one isn't going to find its way as a...