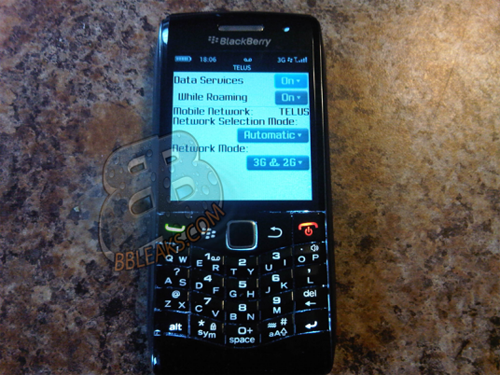 The last few days have been chalked-full of BlackBerry 9100 goodness, that’s for sure. If you’re going to be among the first adopters of the next-gen Pearl, it is indeed happy times for you. Just recently we spotted one on TELUS, then we were privy to some excellent closeup shots. The other day I told you about some potential off-contract pricing on the 9100 (on Rogers and Bell)… AND, not even a day ago Simon enlightened us with a 9100 dummy unit in red showing up at Rogers (I like the look of the white 9700 better 🙂 ). Yes, it’s been all about the 9100 lately.

With all that said, I’ve got one more little bit of information that may peak your interest. Apparently the BlackBerry Pearl 9100 in both pink and black are due to hit TELUS on Thursday, May 6th. Off-contract pricing is rumored to be $449.99.

Update: What did I tell ya? Not even 5 minutes after posting, MobileSyrup has dug out 3-year pricing on the 9100. Looks like it’ll be set at $79.99. This is kind of what we expected.

A few days ago I heard rumblings that the Nokia E72 may be coming to TELUS. I was a little...