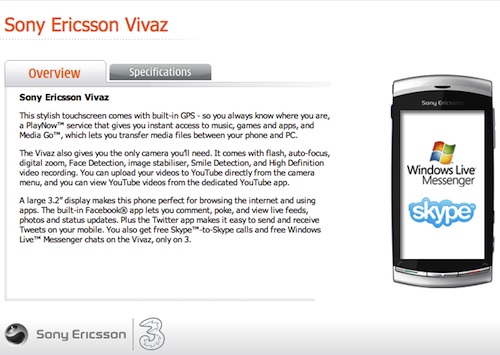 Sony Ericsson and 3UK have unveiled the final phase of their Spotify promotion with the launch of www.sonyericsson.com/musiceverywhere – which is home to a selection of personal playlists from an eclectic mix of artists ranging from The Stereophonics, Keane and Ellie Goulding to The Courteeners and Mumford & Sons.

The artists have collaborated to provide a playlist of songs inspired by recent journeys they took. The Stereophonics for example, created a playlist inspired by their tour bus travels from Newcastle to Glasgow, whilst Keane traveled a lot of their last tour by night train and have put together a soundtrack for rail journeying through the night. Other playlists can be found from Amy MacDonald, Erick Hassle and Delphic.

The campaign was created to support the partnership between 3UK and Spotify that gives customers buying the Sony Ericsson Xperia X10 or Vivaz free Spotify Premium for two months. Customers visiting the 3 stores over the May Bank Holiday are also in with a chance of winning a music themed holiday to New York, by simply receiving a demo of the Sony Ericsson Xperia X10 or Vivaz and entering the draw.