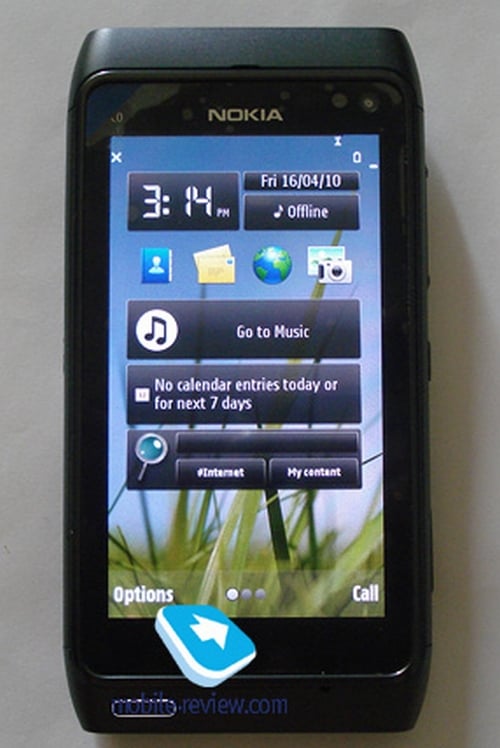 Eldar Murtazin, Editor in Chief of Mobile-Review, makes Gary Powell look like an amateur when it comes to leaking early prototypes. Eldar gets things weeks, even months before everyone else, and has been for years. How he does it … no one actually knows, and whether or not his opinions on preproduction unfinished hardware and software is good for the mobile industry is up for debate, but here he is, striking again, this time with the Nokia N8.

This device was first leaked back in February of this year. It was supposed to be announced at Mobile World Congress, but that didn’t happen. All we got in Barcelona was a press release saying Nokia and Intel are best friends. A little over a month later we’d see our first leaked images of the device, courtesy of some Chinese blog that probably got a sample from the factory across the street that’s responsible for making these things.

Now on for Eldar’s short preview, originally in Russian, but here are the main points translated for your convenience:

Those are ultra harsh words, and we’re just going to have to take a “wait and see” approach until final units hit the market during Q3 of this year. Will the production versions be as disappointing? Hopefully not. Nokia can’t have another N97 on their hands. Many of my friends who were long time Nokia fans now carry either an iPhone or an Android device. Hell even I carry a Nexus One, and when I was in Spain a few months ago everyone in the press room had either a Nexus One or HTC Hero.

Nokia has released a new firmware update (version 31.023) for its E72 smartphone. Aside from fixing many of the known...