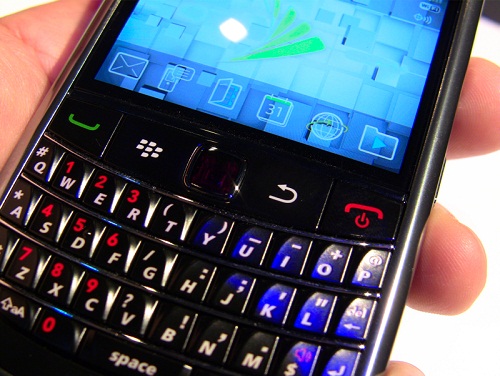 If you sniff around the mobile tech space, one refrain you’ll constantly hear is that Research In Motion’s BlackBerry operating system needs a complete rewrite in order to better compete in the consumer space, particularly as the iPhone and Android gain traction and change what consumers expect from their devices.

But this is more of a philosophical argument that doesn’t really have merit in everyday practices, says RIM’s Alan Panezic. As the company’s VP of platform product management, he’s heard this multiple times from various would-be pundits (a few BlackBerry partners have told me this off the record, as well) but he dismisses this notion because most of the criticisms are based on three things: the browser, applications and the rather stodgy user interface. All of these are being tackled, Panezic insists, and things will become more clear with the introduction of BlackBerry 6.

As for the browser, the company purchased Torch Mobile last year and a WebKit browser will be coming from RIM soon. We’ve seen some of this already – looks promising – and Panezic said it will play a larger role in the overall platform moving forward.

“There are a lot of apps on the enterprise side, in particular, that can be web-ified quite easily if you only have a capable browser,” Panezic said. “We’ll have a better browser that can perform at a high level.”

Another criticism often levied at the BlackBerry OS is that it still looks very business-like. This isn’t a surprise given its entrenched corporate base, but as the smartphone space becomes increasingly consumer-oriented, BlackBerry needs a little more than just lipstick. This will also be addressed with OS 6, which will be released in the third quarter but we’ll be getting a sneak peak at it tomorrow morning here at WES.

“We’re trying to update the UI and fix the stuff that people wanted us to fix,” said Co-CEO Mike Lazaridis, who also said it was a “both inspired and grounded design.”

Panezic didn’t dive into many details about what to expect visually from the latest firmware but I’m sure it will be optimized for touch and just be more pleasing to the eye. I think many confuse UI paradigms: describing something as “gorgeous” or “pretty” doesn’t mean it has to be less functional. In fact, a truly excellent UI looks good while hiding complexity without removing advanced features. Yeah, not easy to do, so I’m interested in what RIM has up its sleeves. Hopefully, they can figure out some tweak on the navigation metaphor because I’m so freaking tired of having to hit that BlackBerry button a million times to do anything meaningful (don’t be so smug Android fans, I’m wearing out my Menu button).

Of course, the app space is becoming incredibly important in the smartphone space and RIM’s platform specialist said one of the biggest problems attracting developers is simply getting the word out on how easy it now is to write for BlackBerry. You used to have to be a J2ME specialist to craft a BlackBerry app, but now, if you know how to code a simple widget, you can write an app for RIM’s handsets.

He also said the platform is attractive to content creators because it has a large, and growing, installed base, a way to monetize, and a development environment that is getting easier to work with. The company knows how important these content creators will be.

“We’re fighting for the hearts and minds of developers,” Panezic said. “We’ve got to make sure developers love us. This is important to us.”

He also expanded upon the BlackBerry Concierge: it will be part of the platform that enables users to receive more contextually-relevant ambient information within apps. The easy example is the alarm app, which exists pretty much in a silo now. But, if you tied Concierge and its widget-like framework with your clock, this could lead to an alarm that tells you the weather, or shows off your appointments. This could also change based on your location. It’s not a revolutionary concept but I think it could greatly enhance apps and be a key difference-maker.

Interestingly enough, he mentioned that the company could eventually play in the mobile ad space the same way that Apple is with its iAd platform. Currently, RIM offers APIs for devs to choose which ad network they want to work with but he (rightly) said this is an “evolving space” and that multiple options have to be considered.

So, he’s good at doing his job: selling devs and the press on his platform. There’s a reason RIM is known for being the best mobile e-mail and messaging experience out there – the company’s tightly integrated software, services and back end made this happen. To rip this all up and start from scratch may be impossible. If it can get a great browser, a plethora of feature-rich apps and a pretty interface layered on top of that messaging powerhouse infrastructure, then it should continue to be successful in this increasingly-competitive space. Those are a lot of “ifs” though but RIM talks a good game – let’s hold its feet to the fire if it can’t execute.