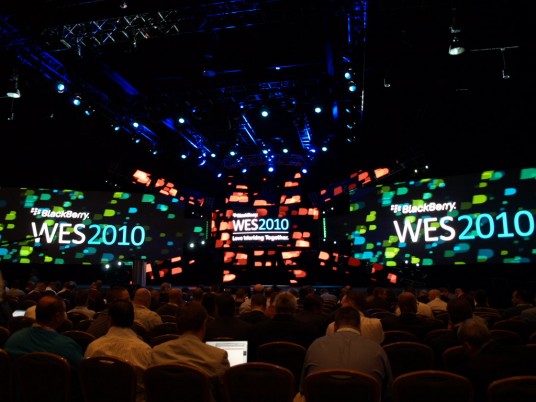 We’re live at the WES 2010 conference in Orlando, Florida. RIM is preparing to kick off their conference keynote, where they’ll be showcasing their next-generation of the BlackBerry OS – BlackBerry 6.

Just yesterday, RIM announced their new BlackBerry Pearl 3G and BlackBerry Bold 9650. Today, BlackBerry fans around the world can expect to see more details on those handsets as well as a more in-depth look at BlackBerry 6. We’ll be live blogging and tweeting the entire keynote, so stay tuned!

This is the video demo of BlackBerry 6!

Here are some photo-previews of BlackBerry OS 6.0 (BlackBerry 6)