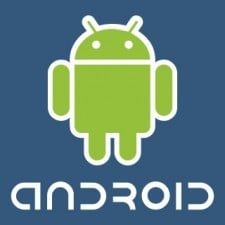 Android has suffered from limited internal storage for applications since it’s early days, and that problems still continues today. Only a select few phones have a decent amount of internal storage, which has prompted developers to create the option for rooted Android devices. Google has said it’s been working on an official fix for this, and it may be right around the corner.

AndroidAndMe got this little hint from the official Google Android Code page, where the status of the issue 1151 changed from ‘assigned’ to ‘future release’. The Android engineer that made the change, San, left a note for those interested:

Sorry for being vague, and thank you for your continued patience – I sincerely
appreciate it.

So with that said, it’d be an easy assumption that the official solution of Apps2SD coming down the pipe in Android 2.2, otherwise known as Froyo. Yes, that means we’re going to be seeing automatic application updates, Flash 10.1 support, and now applications will be able to be stored onto the SD card. I’m sure Google had to make a way to encrypt the hell out of the content so that apps can not just be ‘traded’ with users who just swap their SD cards to install apps.

Froyo is really looking good right about now. Too bad we will probably have to wait until June to actually receive the update. Hopefully all of the leaked features aren’t all the changes, but I’m sure not complaining. But I guess getting a nice preview of the new changes at the Google I/O will help stave off the cravings.

One thing I could wish for, in addition to automatic updates in the Android Market, is for the Market itself to be updated to make app discovery easier.

What other features are you looking forward to in the upcoming Android 2.2 update?

Well, it took them long enough. Twitter has finally let loose the official Android Twitter application. In my five whole...