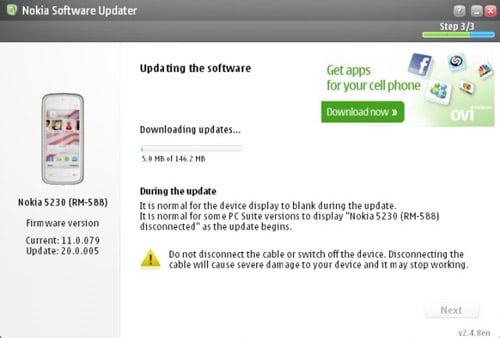 In addition, there are tons of under the hood changes that further improve the stability, though it’s fair to add that even the earlier firmware (v12) provided a pretty stable experience. Moreover, the performance of the device has been improved as well, and now it takes less time for the opening and closing of apps.

You can update over the air (OTA) or by connecting the 5230 to your computer through Nokia Software Updater software. Either way, we advise you to backup the phone, despite the fact the phone supports Universal Data Preservation, which should save apps and PIM data for you, just in case… 😉

Samsung is running a special campaign for its S5560 handset in Hong Kong. The Korean company is offering people who...