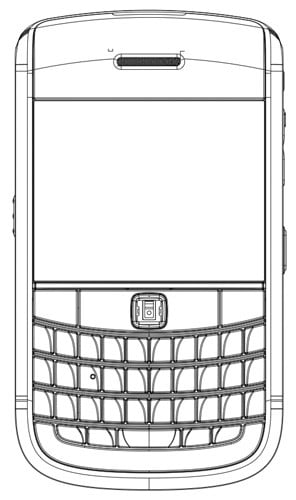 The BlackBerry Bold 9650 was recently unveiled as the first CDMA BlackBerry Bold, and it’s already gotten the blessing of the FCC’s certification boffins. The approval gives the world-roaming capable Bold 9650 the green light to launch on Sprint’s network later this month. It’s not clear if BlackBerry-maker Research In Motion (RIM) will be able to meet their May launch target, but the FCC’s approval of the device bodes well for the new Bold. We’ve confirmed that the 9650 will be headed to Sprint, but it’s also possible that we’ll see this Tour2-turned-Bold hitting Verizon Wireless later this year.

The Bold 9650, for those of you net yet aware, is basically the Tour2. It’s been rebranded as a Bold to consolidate the high-end BlackBerry lineup and reduce consumer confusion. It’s slightly larger than the Bold 9700, and it packs a slightly stronger punch. The Bold 9650 sports upgraded hardware in the way of the 512MB of RAM, whcih doubles that found in the BlackBerry Bold 9700. The CDMA radio that allows the Bold 9650 surf on Sprint’s wireless network in the US, pulling down 3G data on Big Yellow’s EVDO Rev. A network. The quad-band GSM radio ensures that this Bold will work with most carriers in almost every country on Planet Earth. Otherwise, the Bold 9650 is spec-for-spec a mirror image of the Bold 9700.

Those of you gunning for a Sprint BlackBerry Bold probably won’t have to wait much longer. The Bold 9650 features the industry-leading QWERTY keyboard that the Bold 9000 made so popular. It rocks the sleek design that continues to make the Bold a top choice for enterprise users with a need for a stylish device. If the wait is proving too unbearable, you might want to check out our hands-on coverage of the Bold 9650 to hold you over.

Well, this phone has gone from a couple of pictures, an ugly design, and rumors of where it will be...