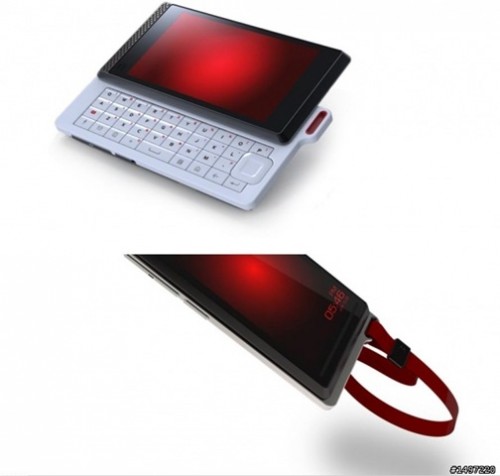 We’ve been yearning to learn more and more about the Motorola Shadow, and even with the upcoming Motorola Android smartphone’s leak from the WiFi Alliance, we just can’t get enough! Hearing anything about this device is music to my ears. That is, until a rumor surfaces saying that the Shadow isn’t the new Nexus Two, but the Droid Two instead – as possibly a Verizon-only handset. While this isn’t necessarily bad news, I just don’t want to switch to Verizon for this thing.

If the Motorola Shadow is in fact the Droid 2, I’d be a little annoyed that one of the best phones to become available again is going to Verizon. I’m not willing to switch to Verizon. Been there, done that. I love T-Mobile, they are too good to leave, especially when it comes to customer service and pricing. Coverage? Not so much, but in this day and age, who uses their phone as a phone anymore? Also, If the Shadow goes to Verizon, it could leave original Droid owners a little miffed.

The Motorola Droid was released in November of 2009. While it’s technically not too soon for a Droid sequel, the introduction of a much better device with a full QWERTY keyboard will cause many Droid owners to be pretty annoyed with Verizon. The HTC Droid Incredible just launched as the latest Verizon Android device to one-up the Motorola Droid, and another Droid follow-up might be more than some Droid users out there can stand to bear. That’s how technology goes though, it’s getting faster and faster. Where ever the Motorola Shadow goes, all we can do is wait and see where it lands. Still, I have a feeling that Google will offer it in their online store. But I would not be surprised if it was also made available to the corresponding carrier.

There’s  also a rumor that the Shadow will come in two different variations, one with a full slide out keyboard, and one without. That makes sense, but which is which? A lot of these rumors are getting confusing, and I’d rather just wait and see whether or not this is a Droid or a Nexus device. It could be both, but I just hope that there will be a GSM version in the mix somewhere.

Rumors aside, the Motorola Shadow is coming. Whether it will be the Nexus Two, or the Droid Two, it will be a great phone. I have my bets on an announcement at the Google I/O this month, so we may not have much longer to wait.

Rogers has expanded their HSPA+ coverage to Regina, Saskatoon and Winnipeg, following up on their announcement last summer. Since then,...