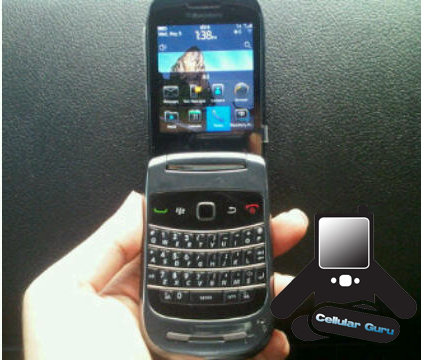 The BlackBerry 9670 clamshell has been caught on camera more than once now, but here’s just a bit more eye candy for those trying to figure this thing out. Although there’s not much new to report, the hand does give you a good sense of scale, if you were worried this thing would be crazy bulky. Regardless of size, the design is still going to be a hard sell.

As far as we know, the BlackBerry 9670 has a 360 x 480 display, Wi-Fi,  RIM’s first 5 megapixel camera, run on CDMA and the brand new BlackBerry 6 operating system. Still no word on pricing or release date, but we’re presuming Verizon will be picking it up.

Looks like we've got another case of early OS fever. You know, the thing you get when new OS builds...