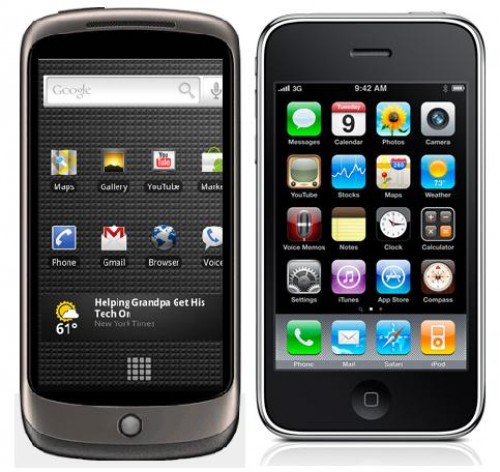 We’ve all heard the phrase, “There are three types of lies: lies, damned lies, and statistics.” Right? We’ve got a new report saying that users prefer the iPhone over Android 2:1. While this may be seen as true by many people and in many ways, a report from not too long ago said quite the opposite of the current statistics we have before us now.

At the end of March, ChangeWave released a report saying that more people intended on purchasing an Android device over the iPhone, though not by much. The report showed the first time Android had really beat the iPhone in any statistical arena. Even now with less users in the world today, Android users are using their devices in more ways than the iPhone, which is quite surprising as well. But what do you say to a report that says quite the opposite to a report that was released just a month ago?

Different companies will have different results, and that’s the truth. Statistics can be made from a survey taken by 10 people, so the number of people surveyed is a big factor as to how one gets their figures. MocoSpace recently released a report with some interesting statistics that make the ChangeWave report look like it doesn’t know what it’s talking about. This is how it will always be. Statistics are statistics, and that’s all. Even mobile web traffic reports can’t be held as the truth, only a good estimate – not all websites are tied to a particular ad agency. It’s really impossible to deliver the truth when all we have got to run on is statistics, though they do provide some good insight on how things probably are.

So believe what you want to, the best way to get the truth is to look at hard sales numbers. Unfortunately, those don’t come as often as statistic reports that can seem skewed. It’s all in the matter of how users use their devices, not how many people actually own the phone when it comes to these reports. One may be ‘more true’ than another, but this is something we’ll really never know. Case in point, Android.

Android has been growing like wild fire these days, with many double-digit gains with many reports we’ve been seeing. But that’s the thing about smaller platforms, a 50% growth period could be the equivalent of 4% to another company. This is how people get you, with numbers. Numbers are helpful to display a point whether its to convince or confuse you. This is not to say to avoid these kind of reports; they do provide some insight, just don’t expect them all to add up with each other, or consider them ‘The Truth.”

The line in bold completely contradicts the chart below. 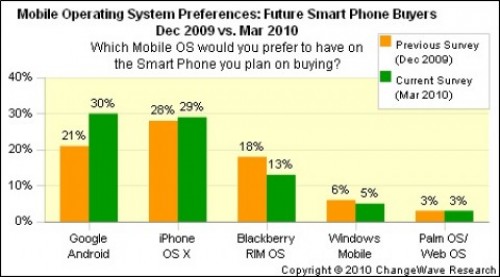 Again, there are many factors involved when making these reports, and no single report is right or wrong. It’s just best to look at everything you can, and only then can you get yourself a decent prediction. All of this is coming down to this summer, when the smartphone wars will be at its peak. IntoMobile will be keeping you up to date. May the war continue, because we all win in the end.