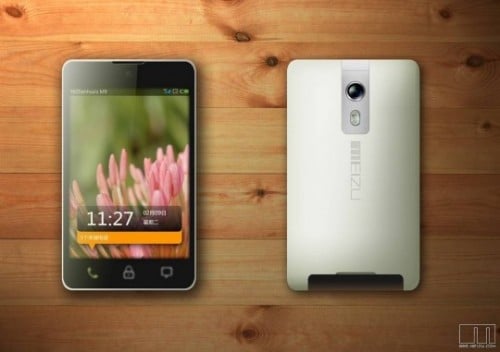 The Meizu M8 may well be one of the best iPhone clones out there, but it’s still a clone. Now, it looks like the iPhone copy-cats are making yet Meizu smartphone. Following the Meizu M8 Mini One, Meizu is working on the Meizu M9. While it still may look like a iPhone knockoff (with some WebOS flavoring thrown in for good measure) it bests the iPhone 3GS in terms of specs. And, it’s quite the looker, to boot!

I’m not sure if anyone saw this coming, but the M9 looks to be a device that people may actually want. Hell, people would want this device if it wasn’t an iPhone knock off. This baby has quite an impressive specs sheet that makes even the geekiest of geeks swoon.

Get a load of these guys with their nice collection of specs! Who knows what the UI will look like, but it’s nice to see that they are using a real OS rather than some fake iPhone UI. But that being said, we’ve seen Android looking like the iPhone before in tablet form. It should be interesting to see how Meizu modifies Android OS for their M9. Hopefully they won’t throw away all of Android’s functionality with an iPhone skin, though.

With Android 2.1, 1 GHz processor, HDMI port, and 5 megapixel camera in tow, the M9 should surely please. The specs above were really the last I was expecting for this device, but hell, I’m really impressed. There are so many things a smartphone can do nowdays, and the M9 looks like it hits on many of the major parts. Too bad it’s very unlikely that we’ll be seeing the Android Market on this device.

HTC has been quite busy making some of the world's greatest smartphones this year. With lawsuits, and licensing agreements aside,...