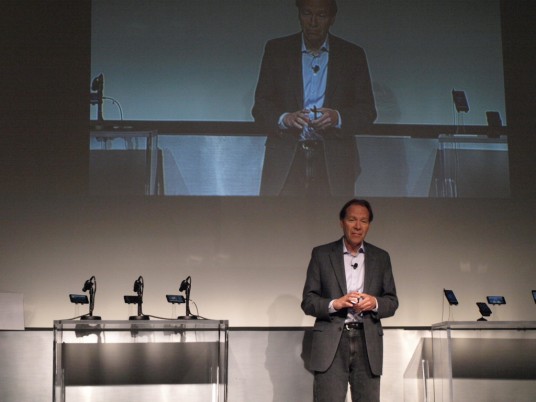 3:19pm
Sprint and Disney are teaming up to push the EVO 4G. We’ll be previewing Prince Of Persia in about an hour. Thanks, Sprint!

Talking about the EVO 4G’s 4.3-inch display, the 8-megapixel camera, the HD video recording, and the possibilities for consuming Disney content on the Evo 4G.

3:20pm
“Given our studio’s longstanding relationship with Jerry Bruckheimer, we’re proud to give you all a preview of this Summer’s upcoming Prince of Persia blockbuster.”

3:23pm
Time for another Evo 4G demo. This is probably going to be a lot like what we say at CTIA Las Vegas. 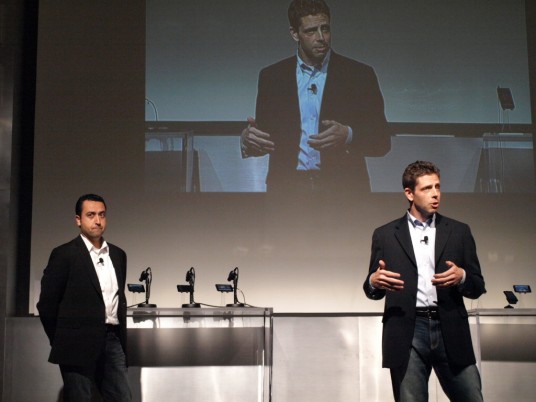 3:26pm
Double snap! The Droid just failed to load the video. Back in action now. That was fortunate for Sprint and HTC. 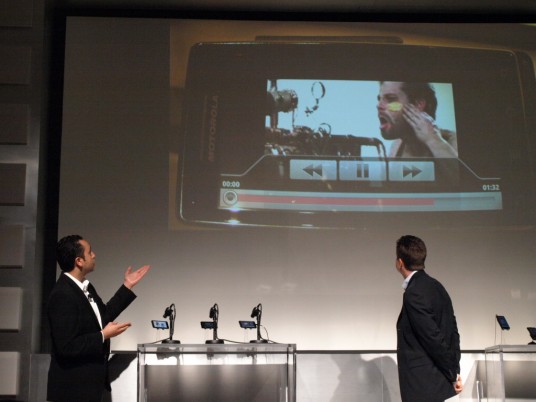 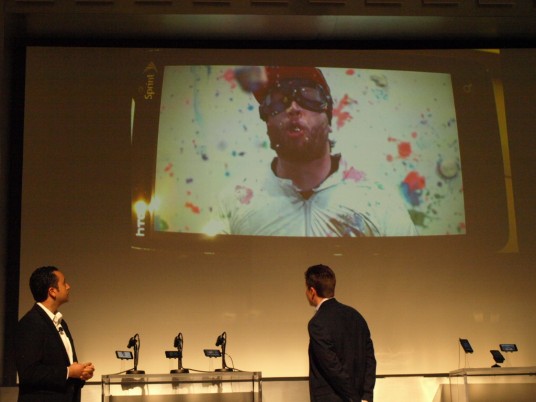 3:28pm
Playing an upcoming Bruckheimer movie on the Evo. 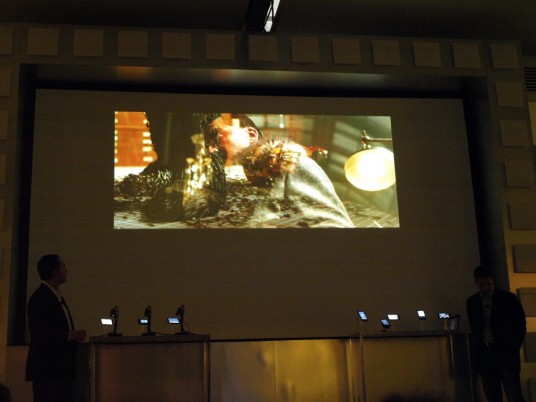 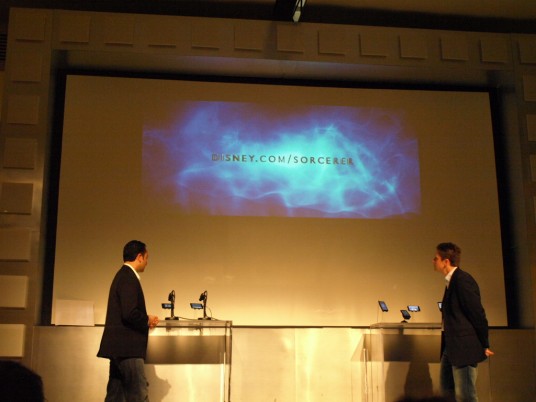 3:30pm
Talking about the Evo 4G’s 8-megapixel camera. Has the ability to record 720p HD video and then share to a big TV through the built-in HDMI port.

Will have a docking station accessory available at launch. Just pop Evo into dock and start streaming to TV. Cool.

3:31pm
Now they claim that they can do simultaneous voice and data, only because it’s using WiMAX for data and CDMA for voice. Won’t be possible in non-4G markets. 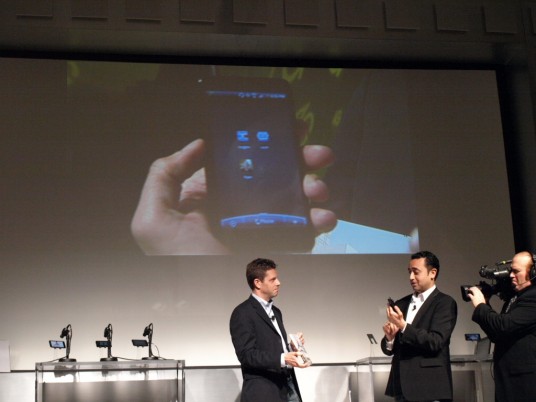 3:33pm
Using Google Goggles while talking to a “friend” on the phone. Successful demo. 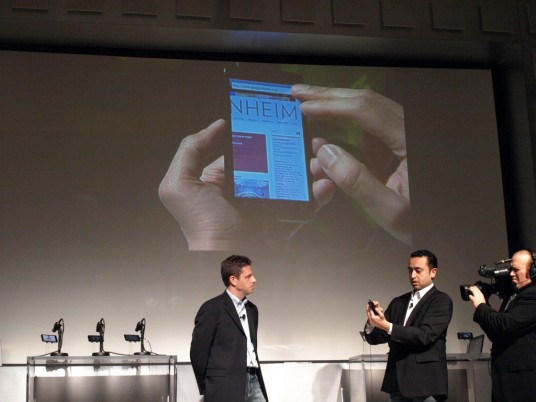 Showing off pinch zooming and Flash content. Nice dig at Apple and iPhone!

“That’s fine, let’s use the Layar augmented reality browser to figure out our location with GPS and find a nearby subway station” 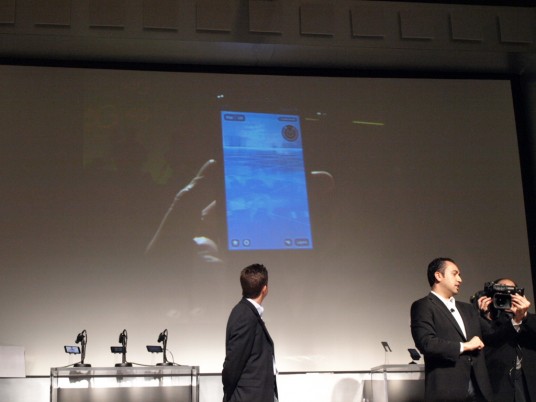 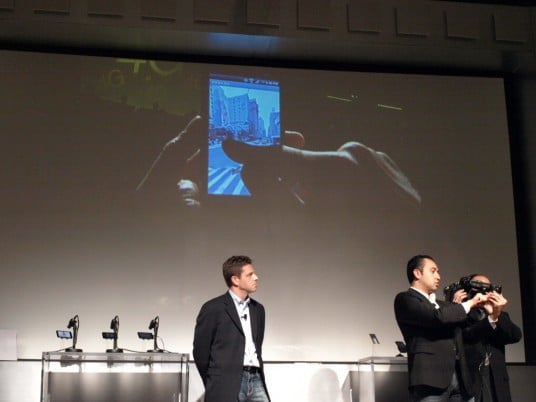 3:37pm
Showing off gaming on the Evo now. The huge screen looks awesome for games! 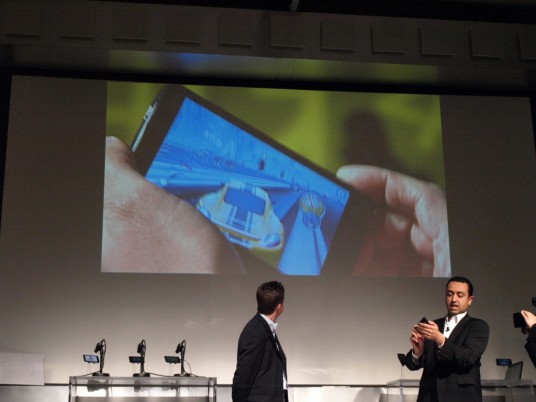 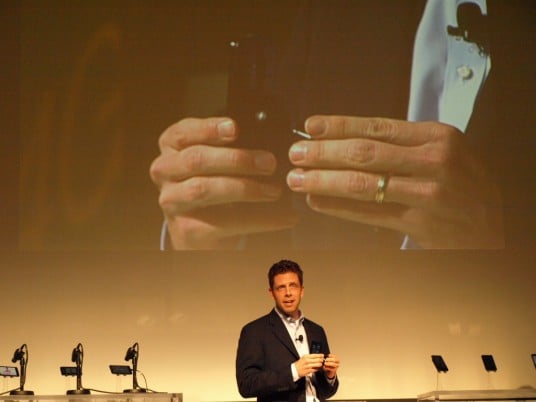 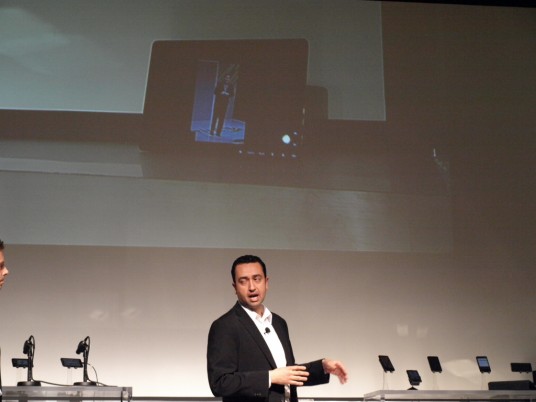 3:40pm
The Evo’s front-facing camera can be used to video chat, and Sprint will be launching two-way video chat with the Evo 4G.

Demonstrating video chatting live on stage. There are issues. Not good for a live demo.

3:42pm
Qik is a partner for video chat for Sprint.

3:43pm
Looks like they’re giving up on the video chat demo. That’s how live demos go!

Turnabout is fair play, especially when it comes to mobile patent. HTC has filed a complaint with the U.S. International...