Verizon Wireless won the 700 MHz wireless auction a little over 2 years ago, and since then they’ve been working their tails off trying to get ready to launch LTE by the end of this year. They promise to cover 100 million Americans by Christmas. In order to do that, common sense says they’re going to concentrate on cities with large populations. How does that make you feel Farmer John, about not being able to stream old episodes of Sex and the City while you’re in your tractor, moving hay around, or whatever it is you do with tractors? 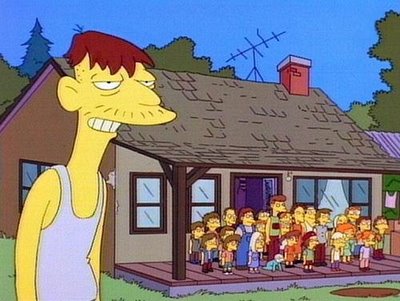 In order to combat that issue, and to score some political karma points with the FCC, Verizon is considering licensing some of their 4G spectrum so that small operators can start getting on the LTE bandwagon. They’ll [Verizon] come into your town, and either install the equipment for you, or you can install it yourself, and then roaming agreements will be signed so that hipsters going on road trips across America have enough coverage and bandwidth to upload photos of their ironic beards to Facebook.

“These rural markets would take us a while to get to.” — Verizon Wireless Chief Executive Lowell McAdam during an interview with The Wall Street Journal.

This is a win win situation for Verizon since the Obama administration wants to increase wireless broadband in rural communities, and are prepared to subsidize the cost of making that happen. Small operator ABC gets money from the government, gives some of that to Verizon, Verizon then gets to install their own equipment, but they don’t have to report to the government on their progress since on paper all that LTE infrastructure, and the services it provides, are under ABC’s name.

This is all still hypothetical. Verizon doesn’t want to turn their LTE network into Clearwire just yet. Clearwire builds a network and then sells their service via resellers such as Sprint, Comcast, and whoever else wants to sign a contract with them. Verizon’s always trumpeted their horn about their network. It’s their asset, their brand, and they’re not going to give that up to anymore, which is why this move sounds odd at first, but then when you think about how Washington works … it makes a little bit more sense.

Either way, more bars, in more places, how can you argue with that?