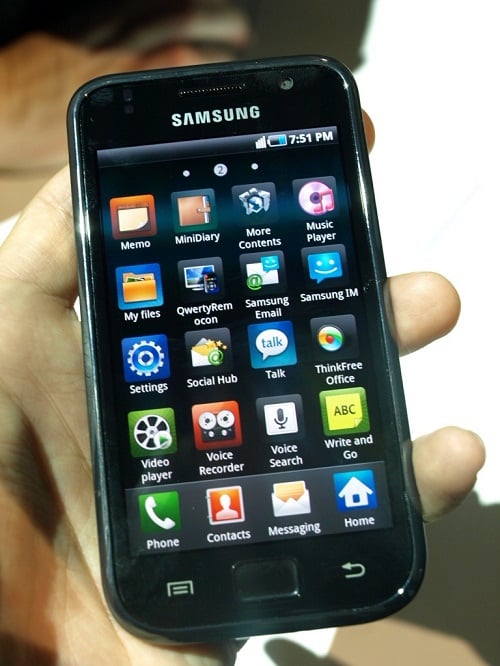 Ever since we got a look at the Samsung Galaxy S, we’ve been wondering where it will land. Well, we now know that it will be “coming soon” to Vodafone.

There’s no word on pricing or an exact release data but this is a handset to keep your eye on because it’s loaded with goodies. The most compelling feature is the 4-inch super AMOLED capacitive screen because it’s vibrant and a class above most other devices. When we played with it at CTIA, I was shocked at how good this looks. Most of these types of screen have issues in direct sunlight though, but that’s a price I’m willing to pay for something so beautiful.

The handset runs Android 2.1 with a custom Samsung user interface. Companies throwing a UI on top of Android can be hit or miss: HTC’s Sense UI is stellar but I’m not convinced Motorola’s MotoBlur works well. From the brief time I had with Samsung’s S Life UI, I thought it was pretty good because it wasn’t trying to do too much. It adds a few social-networking and media shortcuts but it’s still a clear Android experience, which is a good thing in my books.

The Galaxy S is only 9.9 mm thick and it feels pretty darn good in the hand. Inside, there’s the almost-standard-now 1 GHz processor, WiFi, GPS, 3G and a 5-megapixel camera that can shoot HD videos at 720p resolution. Overall, the Galaxy S looks like a killer phone and I really can’t wait for it to hit one of the U.S. carriers.

It looks like Android is on a roll, as we’re in the middle of a golden age of killer handsets based on the little green robot. The Droid Incredible, the upcoming EVO 4G and the Galaxy S are all high-end devices that should make any smartphone user happy. Check out our hands-on video of Samsung’s latest handset below.