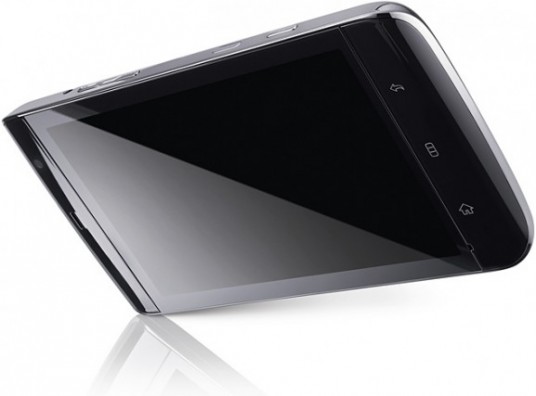 Michael Dell has gone on the record with a released date for the upcoming Dell Streak, a mammoth Android device with a 5″ touchscreen, front-facing VGA camera, rear-facing 5 megapixel camera with flash, 3G, Wi-Fi, and Bluetooth.  O2 will be offering the Streak (previously known as the Mini 5) next month, followed by AT&T, which we already had an inkling about. Dell made the announcement at a Citrix conference in San Francisco, but his wording about the U.S. release was iffy – he said it would be arriving “next summer”. Hopefully he meant this summer, because if we had to wait for a whole year to get this thing, some folks would be mighty unhappy.

In any case, Flash was confirmed to work on the Streak, and Dell demoed a desktop virtualization app that let you run Windows apps from a remote server. The Dell Streak certainly pushes the envelope when it comes to “smartphone” classification, but will still find a home with folks who are hungry for media and don’t mind a (considerably) larger phone.

The last we heard, the Motorola DEXT (known as the CLIQ in the US) was coming to Bell in 'the...