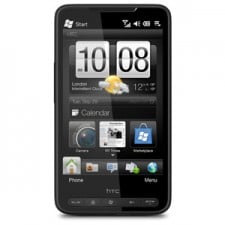 Beginning to feel a little buyer’s remorse from your Windows Mobile-powered HTC HD2? With an almost identical Android alternative coming down the pipes soon in the form of the HTC EVO 4G for Sprint, some may wish they had waited. Worry not, poor Windows Mobile user, as the XDA devs are getting closer to porting Android to your big-screened device.

The devs at XDA are at it again, and this time they have enabled the playback of 720p video from a Linux kernel loaded onto an HTC HD2. That’s about it at this point, but it’s still one step closer to a legit Android-on-HD2 than we had before. There’s no GUI for the device yet, meaning the Google mobile operating system is not currently bootable on the media-monster of a smartphone, but these things take time. If the devs over at XDA actually make this happen, and they most probably will, users still be very happy – as long as said users are willing to take the plunge and do a little hacking.

While Windows Mobile isn’t horrible, the introduction of Windows Phone 7, and the strides in Android development, make the HD2 seem a little less desirable. With the Linux-based platform running on HTC’s stand-out Windows Mobile smartphone, this would open a whole world to the user, and should ease some EVO envy they might have had. Still, it looks to be a ways away, and it still might not be as good as the real thing. But it’s something.

What might be the biggest appeal of getting Android onto the HD2 is that it will no longer get the Windows Phone 7 update it deserves, what with the rejiggered Microsoft mobile OS almost ready for prime time. In fact, the HTC HD2 could indeed be a nice alternative to the EVO. That’s also to say the HD2 would receive Android updates other than the initial port. We’ll have to wait and see, and it’s looking good.