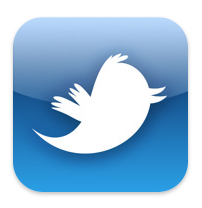 The AppStore is a continuously changing landscape of mobile apps as far as eye can see, especially when it comes to updating apps like Tweetie 2. As you might recall, the popular Twitter client for the iPhone was bought out by Twitter itself. Following that deal, Tweetie 2 was unceremoniously taken down from the AppStore last night. Today, the app emerges from its sudden black-out mode with a new name – Twitter for iPhone is now live! The official Twitter app follows the launch of the micro-blogging service’s Twitter for Android app late last month.

Today, Twitter for iPhone is reportedly going live on the AppStore. We’d love to tell you what’s new with the app, but we’re having trouble downloading it at the moment. Reports from around the web indicate that the official Twitter app is still propagating through the AppStore and cannot be found using a simple search. We’re also hearing that international AppStore users have successfully downloaded the app. All we see when using this AppStore link is a message telling us that “the item you’ve requested is not currently available in the US iTunes store.”

For those of you interested – and, really, what iPhone-wielding Twitter user isn’t – go ahead and click this link to go directly to the Twitter app-page on the AppStore. With a little luck, you’ll actually be able to find the app and download accordingly. If not, just wait it out – we’re bound to get the app in the US sometime soon.

For those of you that have been blessed with a copy of the new micro-blogging app, we want to know: what’s new? Does it resemble the Twitter for Android app? Do you like it? Let us know in the comments below!

[Update]
The app is live on the US AppStore! Hit the links above or below to download for your iPhone.

AT&T has recently added their myWireless application available to Android devices. Er, device. The application will allow you view and...