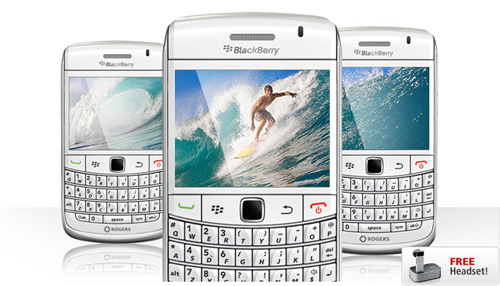 Yesterday I surmised it wouldn’t be long before the BlackBerry Bold 9700 in WHITE showed up on the Rogers website. The device had already gone live at Best Buy and Future Shop… isn’t it odd how the actual device carrier is often the LAST to promote and put-up the darn thing?

At any rate, this is a note simply to report that the white BlackBerry Bold 9700 is now available via the Rogers website. If you’re eager to get one, but have been frustrated by the lack of availability, (Best Buy and Future Shop have been selling out like mad) Rogers is now your best option.

All the details over at Rogers >

Remember that iPhone app that was attempting to tell you what level of radiation the phone was emitting? Tawkon was...