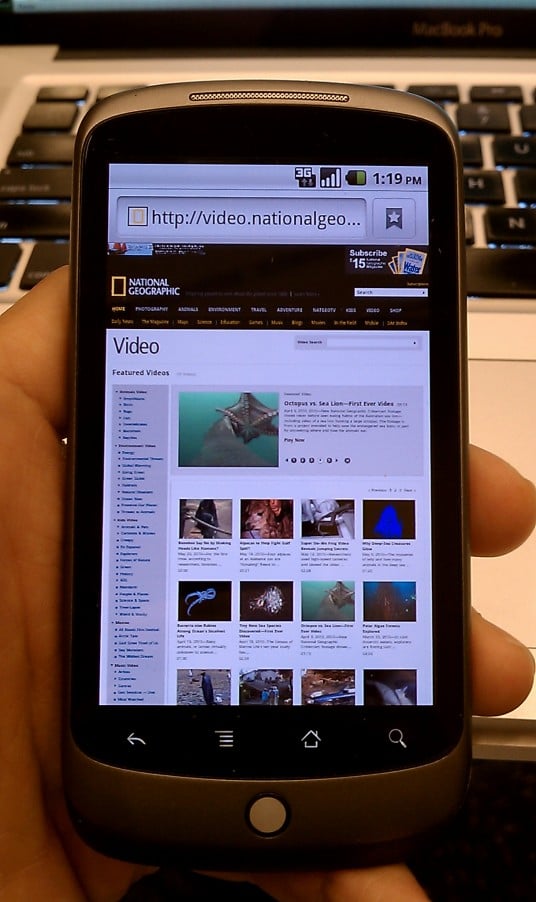 Adobe Flash 10.1 Player is here! Ever since Apple’s Steve Jobs took to the WWDC keynote stage to announce to the world that his beloved iPhone would never, ever, get cozy with Adobe’s Flash technology, iPhone hopefuls everywhere let out an almost unanimous sigh of  frustration. At the time, Jobs claimed that the Flash technology underpinning interactive online menus, web games, and of course, many embedded videos was just too clunky and resource intensive to work well on a smartphone. That was then. Since Jobs made that statement, though, technology in the mobile space has come a long way – that’s just how things in tech work. Today, smartphones are more than capable of supporting Flash content without any noticeable lag or other performance degradations. Adobe’s new Flash 10.1 beta for Android hammers that nail home.

Apple and Flash don’t mix – no matter how much love Adobe shows the iPhone maker. But, that doesn’t mean Flash on smartphones sucks. We had a chance to put the Flash 10.1 Player beta through its paces for a couple days on a Google Nexus One, and we can tell you that, without a doubt, Flash content has no problem running on the Android platform. From Nickelodeon to Wall Street Journal Online to TNT and Blip TV, Flash content playback was smooth mostly accurate. Video, interactive menus and games on the web work nearly flawlessly on the Nexus One. We say “nearly” because there are performance issues when running a number of resource intensive applications and services at the same time. But, that’s more to blame on you (as a user) than on Google, HTC or Adobe’s shoulders.

We played with Flash 10.1 on a Nexus One, which is one of the highest-spec’d Android phones available today. It’s packed with a 1Ghz Snapdragon processor, 512MB of RAM and a 3.7-inch capacitive touchscreen with WVGA resolution. It also runs on Android 2.1 OS. As such, we can’t speak to Flash performance on lower-end devices, but the N1 hummed along admirably. That being said, our tests confirmed what we’ve suspected all along – and what some people don’t want you to know – that Flash works as expected on modern smartphones. And, to help it run smoothly on your Android phone, Flash 10.1 will only render Flash content that’s visible on the display and suspend any content that is off-screen.

The video should give you a good idea of what Flash 10.1 Player looks like on the N1.

This morning Android 2.2 (better known as FroYo) was announced at Google I/O, including the promise of Flash support. Those...