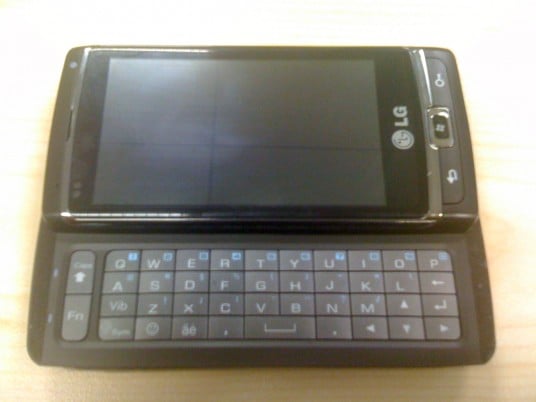 Last month, we got a brief glimpse at a new Windows Phone from LG and today we’ve got an even closer look. Some Microsoft developers in Singapore got two LG Panther GW910s to play with, and have a few notable comments to make:

The Zune sync sounds like it will be very similar to iTunes, highlighting once again how the revival of Microsoft’s mobile OS is following closely in Apple’s footsteps. The Panther made its first appearance on the Engadget Show, but few details were available at the time, and though we’re still lacking in confirmed hard specs, the 5 megapixel camera looks top-notch, including “HD(720p) camcording”; “intuitive media sharing with finger gesture” and “accurate communication via Mobile Echo” give us an idea of some of the software features. The battery is 1500 mAh, if you’re curious.

Expect the LG Panther to be released sometime between September and November.