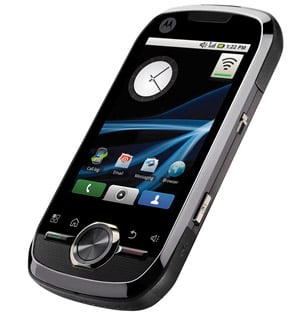 As expected, the Motorola i1 is now available on SouthernLINC Wireless! As you probably know by now, the i1 is the first Android-powered device that’s made to work on the iDEN network.

Features include a 3.1-inch HVGA touchscreen, WiFi, Bluetooth, push-to-talk, 5-megapixel camera, GPS and a microSD memory card slot — SouthernLINC sells the device with a 2GB microSD card, but you can always replace it with a larger capacity memory card.

It is also important to add = it’s not all about the “regular features” with iDEN phones, as most of them are made to be rugged. The Motorola i1 is not an exception, hence it rocks durable, rubber housing and sturdy, state-of-the-art Gorilla glass to protect that screen. Moreover, the phone is Military Spec 810F certified for blowing rain, dust, shock, vibration, temperature extremes, low pressure, salt fog, humidity and solar radiation.

LG Imprint lands at MetroPCS all in its QWERTY keyboard

MetroPCS has a new LG mobile phone in its portfolio - Imprint. The sliding QWERTY keyboard-equipped device seems ideal for...