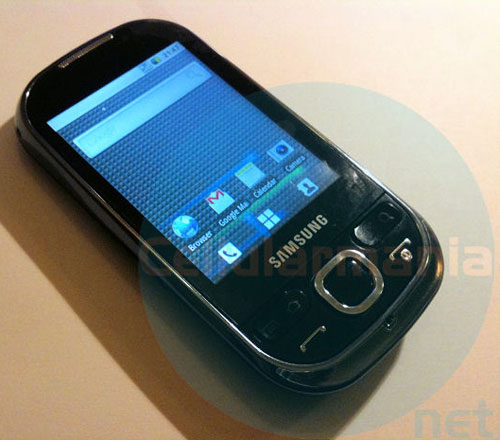 Samsung is working on a new Android-powered device – I5500. From what we’ve heard — and we did got some information from Bluetooth SIG, Wi-Fi Alliance and even the FCC — it will be a low-end smartphone with features that include a QVGA TFT capacitive touchscreen, WiFi and 3G connectivity, 2-megapixel camera, Android 2.1, TouchWIZ UI and a microSD memory card slot.

The device has been caught at the recently held Google I/O conference, hence we have an image to show you (pictured above).

What’s interesting is that this could be the first Android-powered Corby handset, which moves the series to the whole new level.

We don’t know when Samsung plans to officially announce the I5500 Corby, but it seems quite ready for the prime time. That said, I wouldn’t be surprised to see it unveiled anytime soon.

As for the pricing, I would bet the Korean giant will sell it for as low as $250 without any contracts signed. In other words, carriers could offer it for $100 or even less on a two-year agreement…

As expected, the Motorola i1 is now available on SouthernLINC Wireless! As you probably know by now, the i1 is...